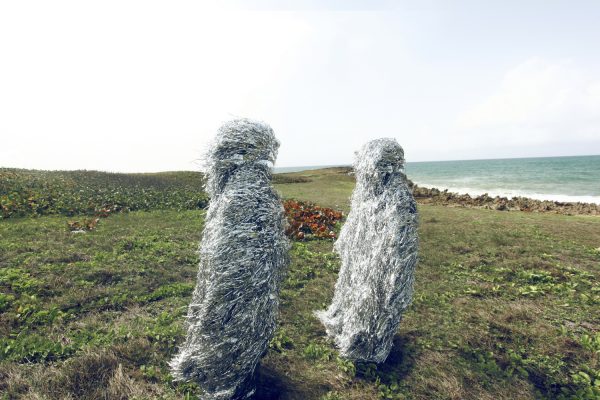 Written and produced by Lange, ‘Private Energy’ is an interpersonal communication of sounds about his surrounding’s past, present, and future. In 14 tracks, ‘Private Energy’ coalesces into a truly established musical voice. The album’s songs were originally debuted in a live setting while Lange was on a sold out theater tour last year with Sufjan Stevens. The track-list includes the Helado Negro anthem “Young, Latin & Proud.”

The lead single “Runaround” was written in November 2014 following the news that a grand jury failed to indict police officer Darren Wilson for the death of Michael Brown.

Runaround’ was inspired by the words of a robot in a Isaac Asimov short story,” says Roberto Carlos Lange aka Helado Negro. “It’s about a robot which struggles with contradicting ideas that effect its normal operation. The robot finds itself in conflict with its internal rules: 1) Obey orders 2) Don’t hurt yourself. The robot eventually gets fixed by an engineer but for that brief moment, it’s stuck. This line from the story describes the feeling of trying to find meaning and understanding in our troubled world: ‘No love can cut our knife in two.’ I think the ‘knife’ is us; me, my own hardened self with love within. It’s made of the strongest, sharpest love combined with a soft love, maybe a selfish, rootless love which could never cut my knife in two.”

For the past 13 years, Lange has created music under a variety of monikers that have allowed him to express and explore experimentation in sound, performance, and music. When he moved to New York City in the mid-2000s, Lange became Helado Negro. It was here where Lange began to sing for the first time — at age 28. The development of his voice is chronicled through each Helado Negro release, an evolving collection of delicate indie pop songs floating between English and Spanish. 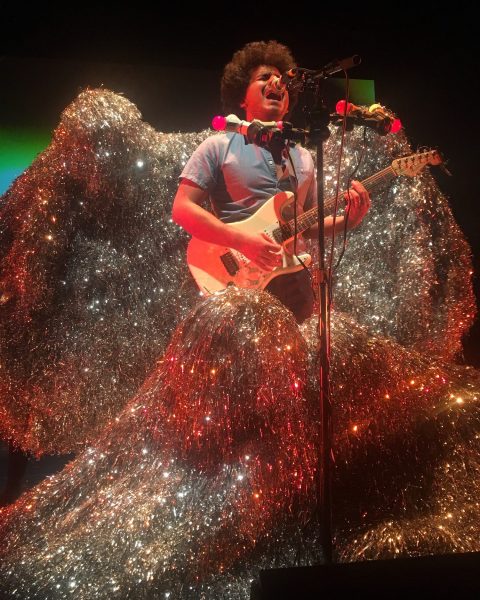 ‘Private Energy,’ which follows 2013’s ‘Invisible Life’ and 2014’s tour de force ‘Double Youth’, continues the work Lange has done as an experimental artist. The music draws from his expansive knowledge of sampling, sound synthesis, recording and history of references. The album was created as a performance piece in tandem with his Tinsel Mammal dancers.

Present at each Helado Negro show, the Tinsel Mammal dancers, costumed head-to-toe in silver strands, are a visual representation of sound and a sensual gateway to profoundly personal lyrics. The Tinsel Mammals are not representative of any human form. They work as shimmering objects that represent the ideas of genderless and raceless beings with self-love, pride, and the embrace of constant change. 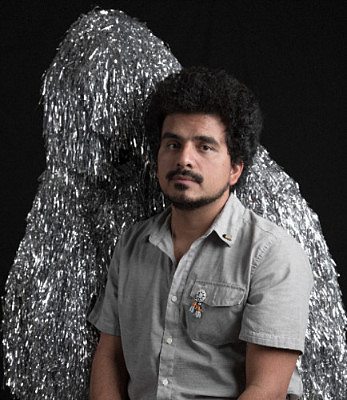 One response to “Helado Negro Unleashes his ‘Private Energy’”