Still the Political Establishment Calls to Us

“Many people, it is true, never contemplate the possibility of total power; the very thought of it scares them.”—Simone Weil, On the Abolition of All Political Parties

Not long ago, Obama openly leveled criticism against the political establishment in Cuba. He righteously decried a lack of democracy and political freedom there, indicting the Cuban government for its role in continuing an antidemocratic politics for far too long after the Cold War. Now, however, in the wake of the recent turmoil surrounding the fixed Democratic National Convention in Philadelphia, which can be described as anything but democratic or transparent, Obama’s shameless denunciations of Cuba have lost whatever paltry significance they maybe had. And thanks to despotic blemish that stains the Democrats in their march to the White House, the US edges closer to consummate totalitarianism under Obama’s chosen successor, Hillary. 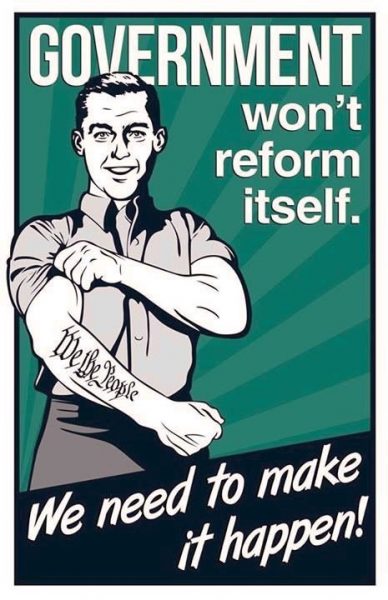 During his trip to Cuba, Obama pushed for reforms in political and economic spheres, speaking to Cubans about openness in a repressive state which limits internet access, controls the media, and smothers internal dissent. But because Obama is of the DNC, soon to be the party of Hillary, there is really no reason to hope that he will ever publicly acknowledge the irony of the highly contrived and highly antidemocratic convention that his party so recently held in Philly. Never mind that he has traipsed around the world, hypocritically touting “democracy” in countries like Cuba. Nay, there is little hope that Obama will acknowledge just how ridiculous and disingenuous the Democrats have revealed themselves to be to American voters this election cycle.

Indeed, the entire Democratic Party has made a fool of itself this summer. Perhaps, given the current polls, this becomes more and more tolerable; election results this November should leave no room for doubt that fewer and fewer people are inclined to buy what either political party is selling. And that goes for the DNC’s attempts to coerce the public into voting Hillary—not because she is fit to be president, but “because Trump.” At least radicals in America will feel vindicated this summer as they reflect on the veracity of Raúl Castro’s reaction to Obama:

“We must be alert, today more than ever… We are not naive, and we are aware of powerful external forces that aspire to, as they say, ‘empower’ non-state actors to generate agents of change and finish off the revolution by other means.”

None should forget that anti-imperialists and other radicals in the US have always sympathized with such sentiments, or that today they clearly recognize establishment efforts towards redirecting domestic revolutionary currents as more of the same. Certainly the millions of Americans hoping for a political revolution this year would do well to heed Castro’s suspicion of Obama and those of his ilk. They might consider adding the entire DNC hierarchy to the list of untrustworthy suspects just as their radical counterparts did long ago. They might realize that there will be no revolution under a Hillary coronation, and thus they might cast their vote outside the two-party system, if not, against it. 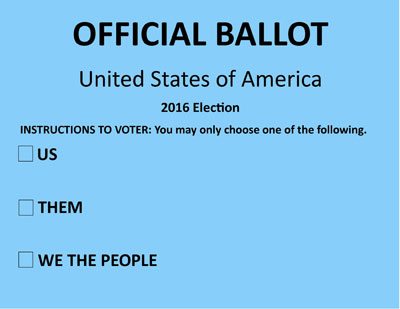 One problem remains: As millions more come to understand the Democratic Party to be at least as corrupt as the Republican Party, some will continue to think it ridiculous that the Democrats should have brought the US to brink of totalitarianism only to push it over the edge. Moreover, such wariness about the dangers that the Democrats actually pose is understandable. Who should the skeptical look to for the facts? CNN? The New York Times? These instruments of empire excel at selling shampoo and getting the public to support endless war, which is good for business; their credibility will remain unfounded so long as they exist to serve the capitalist interests of the state. No, those who yet doubt the despotic dangers of the Democratic Party might consider assessing it by Simone Weil’s criteria of truth, justice, and public interest, which she wrote in 1943. They could start with Weil’s three “essential characteristics” of any political party:

After seeing that the Democratic Party fits the bill in 2016, the leery might go on to read more of what Weil has to say about political parties and the ethos of totalitarianism that marks them all:

“Because of these three characteristics, every party is totalitarian – potentially, and by aspiration. If one party is not actually totalitarian, it is simply because those parties that surround it are no less so.” The skeptical would note that Weil incidentally offers an incisive criticism of the DNC’s autocratic trajectory via an additional note about her third characteristic: “…it is a particular instance of the phenomenon which always occurs whenever thinking individuals are dominated by a collective structure – a reversal of the relation between ends and means.”

Should the skeptical find what Weil says of all political parties to be true of the Democratic Party, they would also see that even their misgivings about the totalitarian proclivities of the Democratic Party are largely a deliberate consequence of that party’s actions: “Once the growth of the party becomes a criterion of goodness,” says Weil, “it follows inevitably that the party will exert a collective pressure upon people’s minds. This pressure is very real; it is openly displayed; it is professed and proclaimed. It should horrify us, but we are already too much accustomed to it.” Rather than dread the Democratic Party’s penchant for totalitarianism this year, they would see that they simply doubt it. And they would come to understand that should anything other than a rigged election put Hillary in the White House instead of her competitors, it will be their doubt.

One response to “Still the Political Establishment Calls to Us”