How Hillary Clinton Earned My Trust 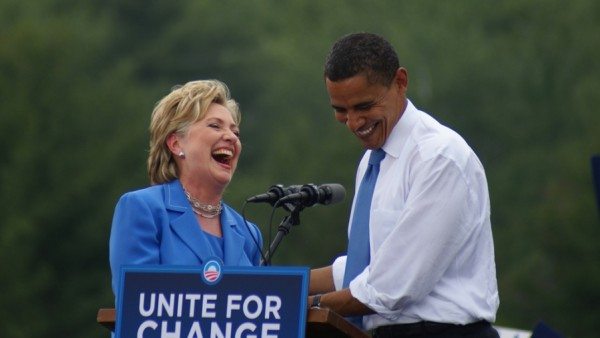 I was a ‘Bernie or Bust‘ brother. And as such I listened to Senator Sanders, when he doubled down on his endorsement of Secretary Hillary Clinton.

Now, before the showdown unfolded at the DNCC, I  expressed the reasons why I’d welcome an ‘entertaining’ Trump presidency if Bernie Sanders didn’t get the Democratic nomination:

I mean, Trump is the epitome of capitalism. He encompasses the ethics and values of what drives capitalism in America. Bigotry, white supremacy, greed — the guy is the complete package in a human nutshell, the personification of capitalism, if you will. So not only would this coup de grâce that takes down the presidency of the living symbol of capitalism be both symbolic and melodramatic, it would be epic!

But the show’s over. This is not an entertainment stage; this is a serious job. Upon revisiting all the issues and analyzing the last two standing, it’s clear the only candidate able to move our country forward is Hillary Clinton, especially after publicly embracing some of Bernie’s policies. 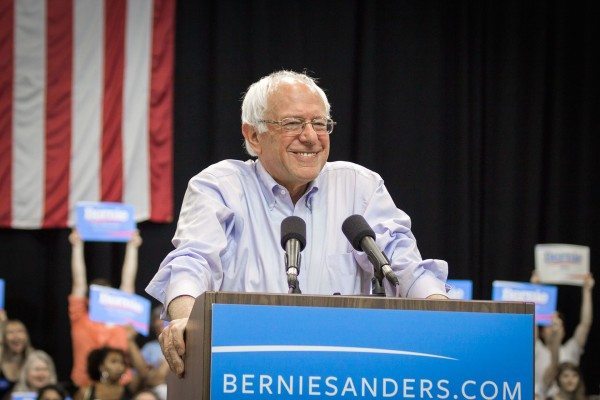 At the time, I attributed this impulsive stance to nature’s mechanism for the survival of our species, and how protecting children, at any cost, would allow us to suspend judgment and reason and resort to violence, if I had to keep my kids from danger’s way. But now, the danger has become much more real. The threat of a Trump presidency and the display of support from his right wing constituency are no longer an anecdotal possibility, but a heart wrenching and dangerous reality. As the quote reflects, my analysis led me to believe that Trump would make an easy target, which would be hastily overthrown, ejected, and ousted, and we could then rebuild our nation and government from the ground up. In the spirit of unity, we could do it right this time; with free education, and healthcare, and all of the other wonderful stuff that Bernie promised us.

Then the unstoppable “Trump Train” sped up, and got stronger; the RNC convention happened, and the naïve dream of creating the perfect world through the fall of Trump, became the frightening nightmare of his rise to power. Imagine all of the damage that it would cause to the progress of the last 50 years: building a wall, reversing civil rights, gutting welfare, privatizing social security, rewriting history, all of these things that so many people have worked so hard to ensure and protect and have even died for, would be destroyed and erased, and in no time, we would surely find ourselves living in Mike Judge’s prophetic world of “Idiocracy.” 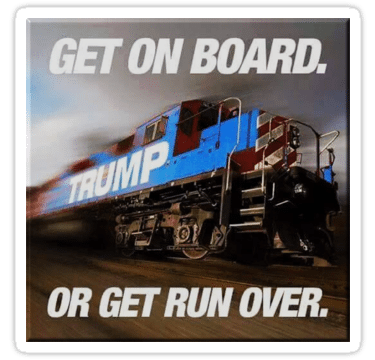 But how could I just flip flop like that? Where are my convictions? Where is my integrity? This election cycle feels like someone is pointing a gun at my children’s heads and forcing me to choose sides. Will I choose the side that will put their weapons down and point them at someone else’s kids for my vote, or will I choose the side that will take my vote and then might pull the trigger anyway? Now for the real question: is voting from a place of fear, any different than voting from a place of anger? Yes, while one person has something to lose, the other just has something to prove. I’ve heard all arguments about how some can’t bring themselves to vote for Clinton, and how she is “just as bad as Trump,” but is she really? What did I know or what was I told that would get me to form such a negative opinion of her?

Hillary Clinton has been under public scrutiny for decades now. As a woman and public figure for the Democratic Party, she has been the target of GOP smear campaigns since her husband Bill Clinton was President. The horrid ratfucking tactics aimed at Hillary Clinton in this election cycle caused me to examine my own positions and weed out half-truths and propaganda. The latest faux pas? Trump claims Clinton wants to abolish the Second Amendment — something she’s repeatedly denied— and on the same breath he pitches his constituents the danger of Clinton’s ability to ‘pick her judges.’

Let that sink in for a moment. Trump, like Clinton said, “words matter.” Whether we agree with her or not, the amount of subtle threats and violent rhetoric the GOP candidate has spewed out, should be of horrid concern. At this juncture, our nation is faced with the most important decision we have ever had to make, as far as elections go. The United States of America, whose imperialist history and military industrial complex has made it the global super power, have been hijacked by a half-wit, Reality TV star, who has essentially proven to the world, that you can buy your way into office. Aside of examining the main differences between the Republican and Democratic parties, let’s put Trump’s personal and business history side by side to Hillary’s.

Objectively, let’s determine who is a better business person, who is the better example of a public servant, which one has worked to help more women and children, which one has actually reached out to bridge gaps that are tearing apart the social fabric of our nation, and which one is simply appealing to racism and xenophobia. This is our chance to see that one side wants the government to stay out of your bedrooms, your uterus, and your weed stash. The other side are trying to convince us that everything is either the government’s fault or the immigrants’ fault, or the devil’s fault, even though they have been the ones that have had control of congress. Ironic isn’t it?

In this election, NOT voting for Hillary may increase the risk of my children losing their health insurance coverage. It may also increase the risk of millions of hard working people being rounded up and separated from their families. Your non-vote risks years of work towards equal rights being vanquished and reversed. If we want change, we make moves with the highest probability of rate of change. As stated at the DNCC, Hillary Clinton is one of the most accomplished people ever to run for the Presidency. In other words, she is overqualified.

She’s a public servant who has her fingerprints all over successful foreign policies as Secretary of State. She’s let the world know “human rights are women’s rights and women’s rights are human rights.” She’s tackled issues like women’s health, equal pay, and domestic violence. Imagine where we would be if Trump wins, on these issues alone? And let’s not forget that Breitbart condemned her for her immigration policies when she stated that, as President, she will “defend President Obama’s executive actions to provide deportation relief for DREAMers and parents of Americans and lawful residents.” For these few and many more legitimate reasons, I’m honored to vote for Hillary Clinton, not just against Trump. Yes, #ImWithHer.

Ray Perez is an actor, artist, writer and musician from the Rio Grande Valley in South Texas. He is best known for getting Joseph Gordon-Levitt to rap in Spanish on the song “The Prize” for hitRECord.org, JGL’s collaborative production company, and for playing the small role of Beggar in the film A Night In Old Mexico opposite Academy Award-winner Robert Duvall. He tweets on @therealrayperez

One response to “How Hillary Clinton Earned My Trust”