Los Angeles Is My Home: But Will the City Accept and Protect Me? 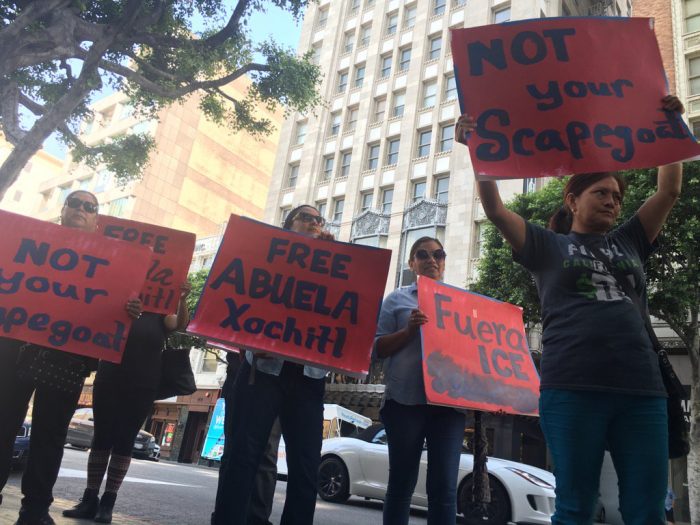 I came to Los Angeles as a child. Or it might be more accurate to say I was brought here. At the time I became an immigrant, I didn’t fully understand what it meant to travel to another country. It has now been 30 years, and the only place I know to call home is Los Angeles.

The security I have felt in calling Los Angeles my home was shattered on February 24.

I was visiting a friend when early one morning, the police stormed the house looking for a robbery suspect. They did not care who else was around. I was charged with no crime, and the LAPD have said that they do not cooperate with immigration authorities. But within 24 hours, I was locked up in an immigration detention center and am now facing the threat of deportation.

The police never suggested I was part of any crime or robbery, nor did they mention a reason to arrest me. Yet I found myself loaded into a police car and brought to a police station. The fear was overwhelming. I have never been so scared in my life.

I soon discovered it was not the police that wanted me arrested but two immigration agents working alongside the LAPD that morning. After several hours, I was taken into immigration custody and was transferred to Adelanto Detention Center. They told me they wanted to deport me.

My lawyer has told me that President Obama has prioritized the deportation of “felons” and “gangbangers” in order to protect “families,” but for decades I have been here as part of, and to protect, my family. I have worked to keep them safe. I grew up in this country. I don’t know any other. Deporting me would destroy my family. Who will take care of my 10-year-old daughter? Who will care for my elderly mother?

I was arrested over a decade ago for shoplifting clothes for my family. I admit that it was a mistake, but this moment doesn’t make me a criminal. I do not understand how a president can see someone who has a criminal history as deserving a second chance if she is a citizen, but deserving of nothing more than deportation if she is an immigrant. But I now understand too well how someone can be labeled a “gangbanger” without any evidence—and with her life, and that of her family, destroyed. 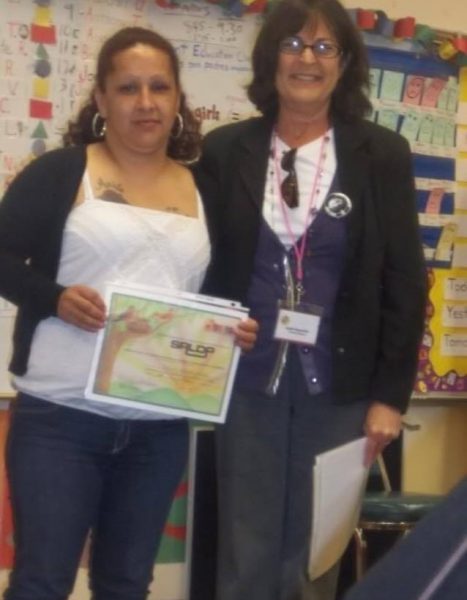 The LAPD told ICE and the immigration court that I am affiliated with gangs. They provided no evidence. I grew up in a neighborhood with few resources. Violence was common, poverty was widespread, and police have always been a constant presence. But I’ve stayed out of trouble and have always tried to keep my children out of trouble too. The police apparently are saying that I am associated with a gang because they claim people in my neighborhood are gang members—and for no other reason.

This false accusation by the LAPD has kept me imprisoned for six months and facing the threat of deportation. For this reason alone, I was given a $60,000 bond, an impossibly high amount. (It was eventually reduced to $5,000, but it is still an amount my family cannot afford. We are currently launching a fundraiser to raise money for my release. You can donate here.)

As a victim and survivor of domestic abuse, I sought help from police on multiple occasions. I have been grateful to the local police officers that provided help and safety for my children and I during our times of need. Above all, I trusted that the police were there to help.

How can it be that the same local police that I once felt protected by are now making false accusations about me? How can it be that police have the power to deport people—based only on speculative claims of association with gangs?  Why is ICE trying to deport me in the first place? How can ICE’s policy prioritize people for deportation because they live in poor neighborhoods where gangs are present?

For the past six months, my family has been outside fighting for my release. I have been locked inside waiting for this nightmare to end.

This is my home.

Please sign the petition to #FreeAbuelaXochitl from Adelanto Detention Center at http://bit.ly/FreeAbuela

This op-ed is part of the “Nuestra Voz” series coordinated by the National Day Laborer Organizing Network. It is an attempt to highlight the voices of the workers, Day Laborers and migrants who are on the frontlines of the immigration debate around the United States and across the continent.