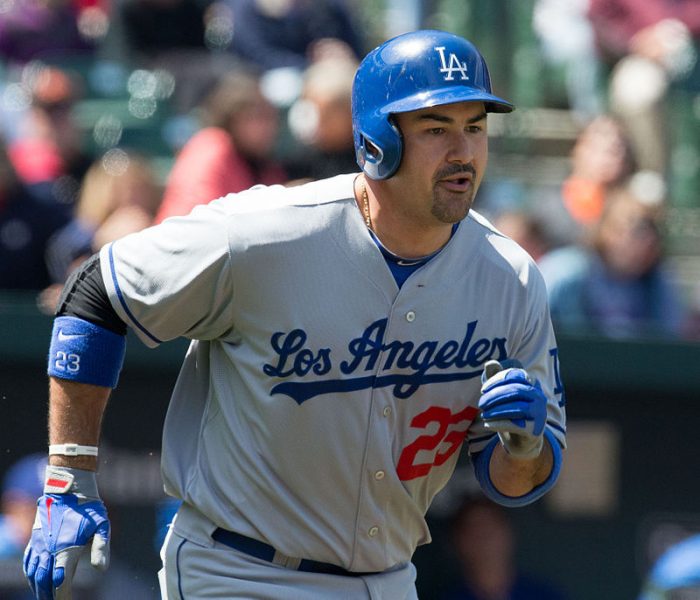 While half of our group here is rooting for the Cubbies and the other half is rooting for the Dodger during the National League Championship Series, we are all taking a moment and sending out some mad respect to LA first baseman Adrián González for telling JP Hoornstra of the Long Beach Press-Telegram that earlier in the year Gonzo decided to not stay with his team at the Trump International Hotel and Tower in Chicago.

When the Dodgers came to Chicago to face the Cubs at the end of May, the team stayed at the same hotel they have been using for years—the Trump International Hotel and Tower near the Chicago River. Their Mexican-American first baseman did not.

“I didn’t stay there,” Adrián González confirmed. “I had my reasons.”

When Hoornstra pressed González, the Dodger star only said this: “We’re here to play baseball not talk politics.”

The Press Telegram story also said that the Dodgers didn’t stay at the Trump hotel this past weekend during the first two games of the NLCS. The reason? “The hotel required a non-refundable deposit in order to hold a block of rooms for the team. Until their Game 5 victory over the Washington Nationals late Thursday night, the Dodgers weren’t sure they would need those rooms. Arrangements were made with a different hotel.”

By the way, González was born in San Diego, California, but grew up in Tijuana as boy. He has also played on the Mexican team in the World Baseball Classic, and even though he caught some heat for hanging with Mexican president Enrique Peña Nieto, his little symbolic gesture to support a Trump business is good by us, even though González’s words were pretty muted when compared to what David Ortiz said earlier this year.