Brujas, a self-proclaimed free-form revolutionary feminist skate collective based out of the Bronx, recently visited Portland, Oregon, as part of the group’s West Coast tour. Lately, Brujas has been making waves in skateboarding and the millennial Latino online community. I had the chance to speak with them to see what drives them.

“Brujas is about building community in the skatepark and around the skatepark. [Brujas] is about encouraging women, [and] queer people to skate but also within the realm, to bring in radical politics”, Brujas member Antonia Pérez said about the collective’s ideology. 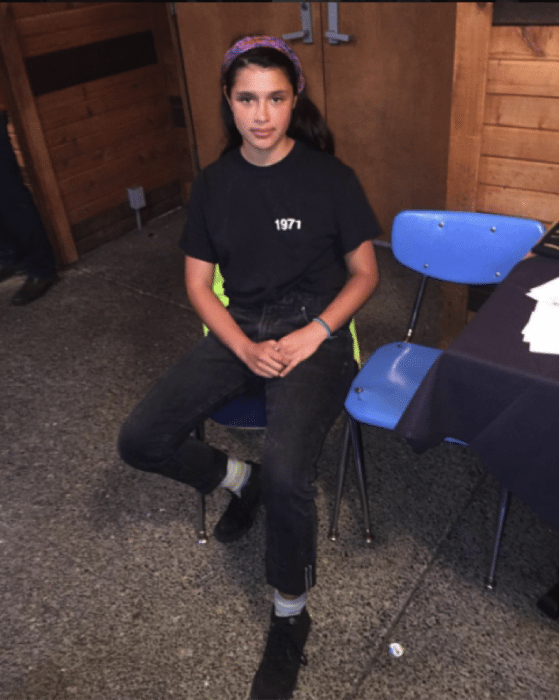 “We are skating, but also, what are all these issues impacting our community —within the landscape of skateboarding— why isn’t there a dominant presence of women in skateboarding?” she added.

Pérez is one of the earliest members of the collective. She describes her upbringing with a perspective as a woman skater in uptown New York City.

“My brother got his first skateboard when he was eight years old and I was like, ‘I want one too.’ I never saw a girl skateboarding when I was growing up, so my sport was swimming or soccer. In elementary, I saw skating happening, but I thought it wasn’t for me, but I think if had seen girls skating in elementary school, the older girls in my life, I would have felt like, fuck yeah am going to do this,” Pérez said.

When Pérez was a teenager in high school she met Brujas co-founder Arianna Gil, and the rest was history. 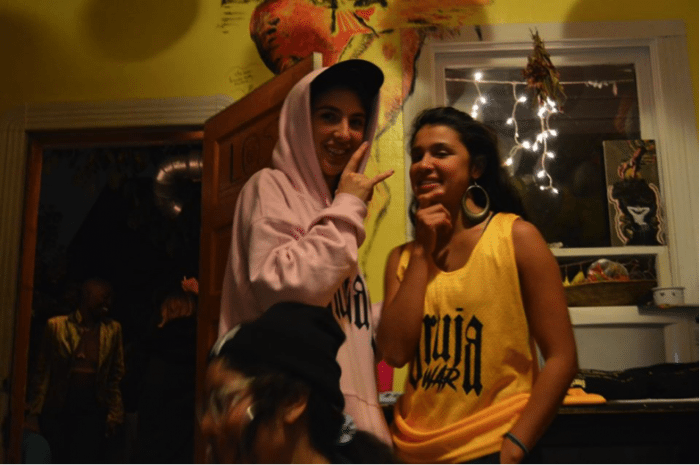 “I was like nah, to the Skate Witches. Brujas, because we are some Spanish witches from uptown is a big part of our aesthetics, being Latinas, being New York native. It came up as a joke. We had no intention of being a collective, but we are super committed to what has been built so far, this really big and amazing entity of community organizing,” Gil said. 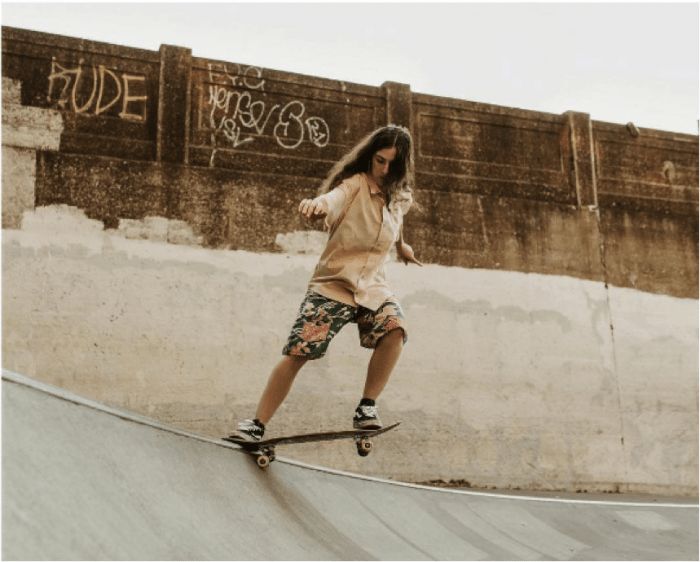 Gil and rest of the collective agreed during the tour on committing to the longevity of Brujas.

“We been talking about having a huge space for a very long time”, Pérez said.

They dream of having a warehouse community space with an indoor and outdoor skatepark, and that would include a commercial kitchen. They would be making salves, “so that after you skate all day and you have sore muscles you are connecting with something that is very basic that still exists—herbal medicine,” Pérez added. “Herbal medicine or healing is not a buogie white thing. This is reclaiming our ancestry, nuestra brujería, nuestras abuelas that worked with the plants that held sacred knowledge.”

Pérez believes that by learning about native plants, she can empower her community to not rely on pharmaceutical corporations. They would also host book clubs, community healing events, and workshops. Also, they will continue to host their popular massive parties and would expand them to include events like quinceañeras.

“We throw parties so that people can come and have fun together. Because that is radical, having fun, laughing,” Pérez said. 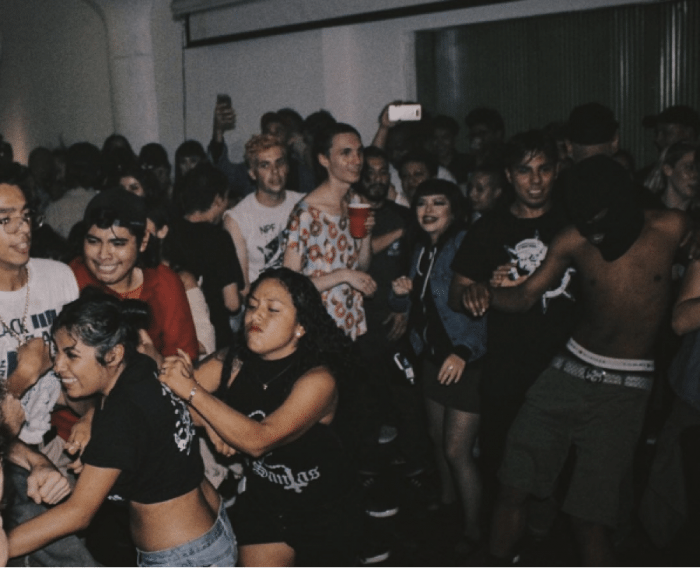 As for now, they are launching a limited edition streetwear line called 1971 to benefit people targeted by the prison system.

“Our identity politics and our aesthetics have been put to the forefront in a lot of public relations,” Gil said. “Prison abolition and anti-prison work is one of the few most important movements in the U.S. happening right now. It just makes sense for us to come out forward and really clear as prison abolitionists by designing streetwear.”

Part of the day to day victory of kids of color is dressing well and feel good about how you look. Some people see that as shallow and consumerist, but we care about streetwear because our community cares about streetwear. We grew up in New York, looking fresh as fuck. We see our streetwear as agitational propaganda. 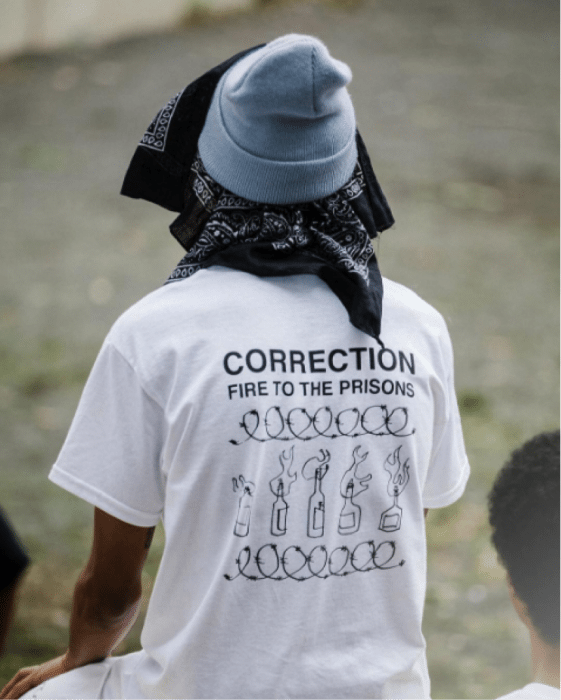 Portland marked the end of the Brujas tour. “It’s been an encouraging couple of weeks out here [in the West Coast], knowing that people are receptive to our message,” Gil said. They even had an impromptu skate session after a surprise visit from legendary skateboarder Tony Hawk, who follows them on social media. 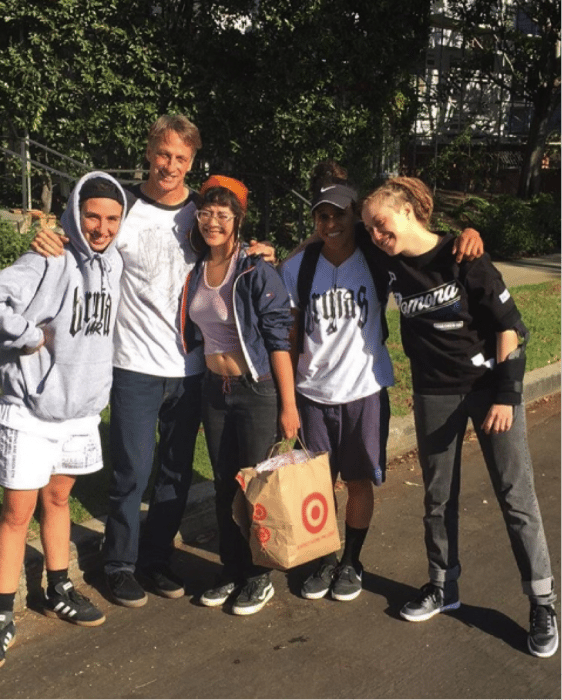 Thousands are already following these evolving radical feminist skaters through their Instagram page. Brujas are now back in New York and ready for their next chapter.

Juan Ramírez is the author of Corre La Voz. He tweets from @juandr47.