The Wall and the Beast: Trump’s Triumph From the Mexican Side of the Border (OPINION)

Editor’s note: Originally published at The Conversation. The author has given us permission to republish here. 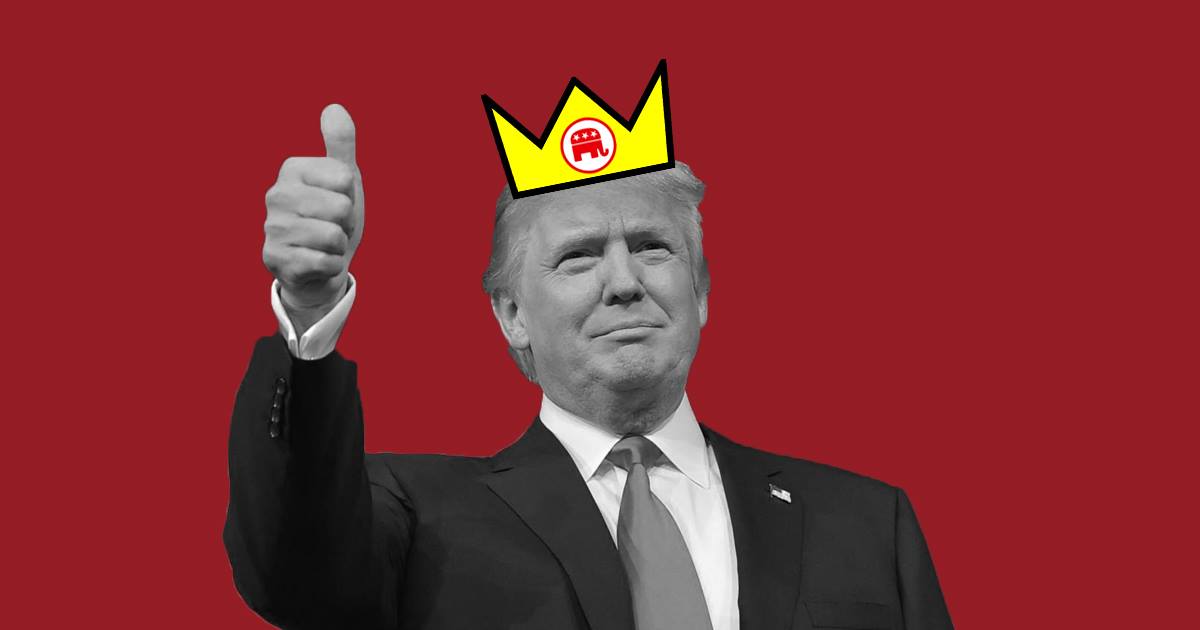 Donald Trump is the president-elect of the United States, even though political pundits predicted that he would not even win the Republican presidential nomination. In the end, more 59 million Americans voted for him.

On inauguration day in January, many of Trump’s voters will be looking forward —among other campaign promises— to the construction of a wall along the Mexican border.

This means a physical barrier over 3,000 kilometers in length, on a border that one million people legally cross on a daily basis, producing half a trillion dollars in annual trade.

Trump compared his projected border barrier to the Great Wall of China. The wall, as Trump has dreamt it, will be as high as 17 meters.

It will have a “big, fat, beautiful door” that will only let legal migrants enter the U.S. The wall is supposed to keep Mexican and Latin American “bad hombres” —who Trump generally conceives as drug traffickers, criminals and “rapists”— away from the U.S.

Trump has promised that Mexico will pay for the wall. When he has been asked about how he is supposed to make Mexico pay for it, he has threatened either war or cutting off the flow of billions of dollars in payments that Mexican migrants send to Mexico.

The wall was central to Trump’s campaign. He now has to deliver on his promises—however outrageous or irrational they may have been. The time for Mexico (and the rest of the world) has thus come. The sheer fact of Trump’s victory sent the Mexican peso plummeting in global markets. Mexico is officially the first victim of the Trump effect.

The Wall That is Already There

Ironically, Trump’s wall is already there. Its foundation stone was laid as early as 1848. In 1845, the U.S. annexed Texas, which Mexico considered part of its territory. Mexican claims over Texas prompted the US to invade Mexico in 1846. The military campaign was finalized by the Treaty of Guadalupe Hidalgo, which established the US-Mexican border at the Río Bravo, and ceded more than half of Mexican territory to the US. A marble monument built in Tijuana commemorates the day Mexico and the U.S. agreed to the current border lines.

The territorial spoils of the Mexican-American War allowed the U.S. to emerge as a world power in the late 19th century. The peace that followed the war, from a Mexican perspective, established a bitter pattern of political, economic and military inequality between the two countries. This asymmetrical relationship has haunted Mexican-U.S. relations ever since. 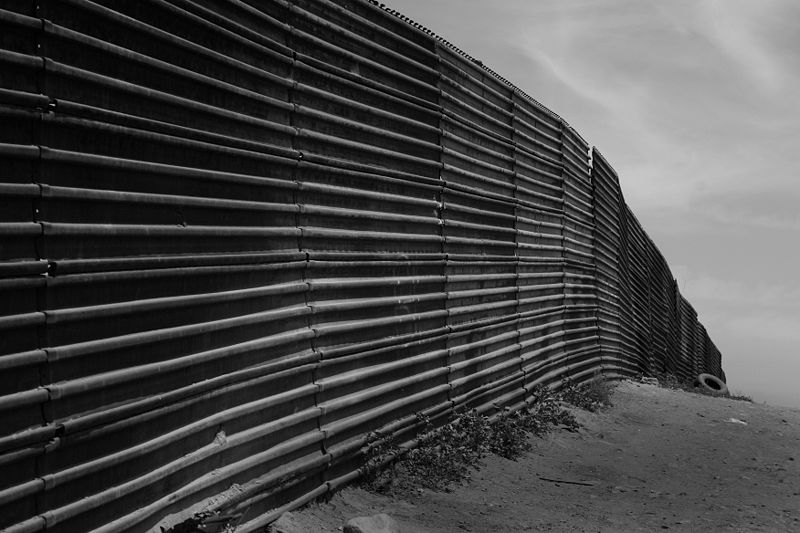 The implementation of the North American Free Trade Agreement (NAFTA) in 1994 displaced hundreds of thousands of Mexicans as small business owners and farmers were crushed under the corporate muscle of giants such as, for example, Walmart or Cargill. American officers foresaw this collateral effect of NAFTA, and rushed to harden immigration laws.

In 1996, Clinton signed the Illegal Immigration Reform and Immigrant Responsibility Act. The act approved the construction of a 22.5km fence near San Diego. Clinton thus replaced the barbed-wire fence at the border with an iron wall. The metal sheets that make up the fence were originally used by the U.S. military to land planes during the Gulf War.

President George W Bush continued Clinton’s work. In 2006, the Secure Fence Act —signed on the wave of post 9/11 security panic— resulted in setting aside of several laws to build almost 1400km of fencing in the border. Legal impediments on water and air pollution, endangered species and Native American heritage, among other matters, were waived to allow the construction of the wall. 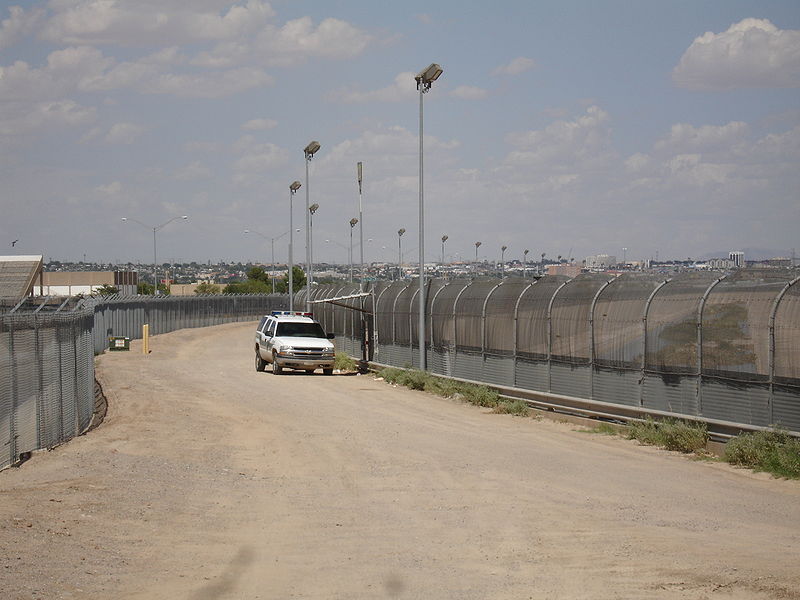 When the history of the physical barriers constructed along the Mexican-American border is read in these terms, it is preposterous to pretend that the wall-building techniques used by the Chinese in the eighth century to control their borders will still be useful in the 21st century. Borders are meant to be crossed by people who do not necessarily have the resources to pay a visa. Nobody leaves his homeland without a reason. If Mexicans and Latin Americans could find the same economic opportunities they search for in the U.S. in their countries, they would probably not leave.

Trump’s promised wall has hence only made evident the hypocrisy of the supposed defenders of Latin American migrants in the U.S. Trump has explicitly said that the American Dream is not meant for everyone.

His predecessors —including Barack Obama, the American president who has deported the largest number of undocumented migrants (2.6 million) in American history— simply preferred an inconspicuous style of getting things done.

In 1848, article XI of the Treaty of Guadalupe Hidalgo gave the U.S. responsibility for controlling “hostile Indian incursions” in Mexico. Today, it is Mexico that watches over the border for the U.S., preventing Central and South American migrants from crossing it.

On August 31 2016, Trump hastily visited Mexico and met with Mexican President Enrique Peña Nieto. The meeting was deemed a major political failure in Mexico. Mexicans felt betrayed because Peña Nieto did not comment on Trump’s repeated insults against both Mexico and Mexican people.

There was little reflection, however, on Peña Nieto’s claims about Central and South American migrants. Peña Nieto referred to a “humanitarian crisis” caused by “an increasing number of non-Mexicans” crossing the Mexican-American border. He also advocated for a bilateral agenda on “national security”, aimed at controlling the flow of “undocumented people and illegal drugs and weapons.”

There was not a single mention to the dangers that Central and South American migrants face in Mexico as they ride “The Beast”—that is, the Mexican network of freight trains.

Central and South American migrants “ride The Beast” atop the moving trains because there are no passenger railcars. They face obvious physical dangers that range from amputation to death, if they fall or are pushed. Beyond the dangers of the trains themselves, migrants are subject to extortion and violence at the hands of the gangs criminal groups that control the routes into the U.S. 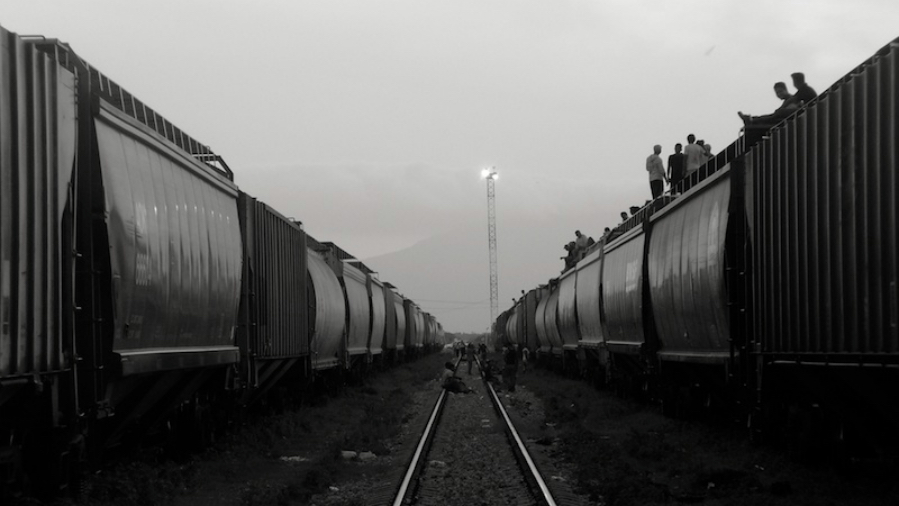 Migrants kill time in southern Mexico as they wait for the trains to depart. (Peter Haden/Flickr)

After visiting Mexico, Trump ridiculed Peña Nieto in his infamous Phoenix speech on immigration policy. He smugly used the Mexican president to boost his campaign. His major triumph, however, was the adoption of his views on immigration by the Mexican government.

On Trump’s side, there was an unsurprising lack of empathy. On the Mexican side, however, there was a shameful lack of courage in acknowledging the role that Mexico plays in enforcing on non-Mexican migrants the harsh immigration policies that Mexicans loathe and fear from the U.S. All in all, as Mexican writer Valeria Luiselli has suggested, the Mexican government became that day just another brick in Trump’s wall.

On 15 August 2016 —just a few days before Trump’s visit— article 11 of the Mexican Constitution was amended to grant refugees the right to both seek and be granted asylum in Mexico.

In similar terms, the draft Constitution of Mexico City defines Mexico’s capital as refuge and destination of migrations and exiles. A sensible response to Trump’s international bullying demands Mexico to take these principles and ideals seriously.

If Mexico wants to escape Trump’s asphyxiating grasp, it needs to tame “The Beast” by protecting the non-Mexican migrants who cross into its own territory and treating them with the dignity they deserve. For Mexico, the only way to overcome Trump is by showing him that he may have the power and the money to build a huge wall, but he has neither justice nor reason on his side.