Just Who Are the Millions of ‘Bad Hombres’ Slated for Deportation?

Editor’s note: Originally published in The Conversation. The author has granted us permission to republish this piece on LatinoRebels.com.

In an interview with CBS’s 60 Minutes, President-elect Donald Trump highlighted some campaign promises that he actually plans to keep. Among others, he confirmed that he will build his promised wall on the Mexican border and deport up to three million undocumented migrants.

If the United States is serious about kicking out the “bad hombres” from Mexico and Latin America, then it’s important to ask: who, in fact, are these people?

In Trump’s apocalyptic worldview, they’re a hoard of Latino “gang members” and “drug dealers” with “criminal records” who are invading America. But analysis reveals that image is far from reality.

What’s in a Name?

First, Mexico and Latin America are not the only sources of immigration to the U.S. In fact, since 2009 more Mexicans have been leaving the U.S. than coming to it, and China and India have since overtaken Mexico in flows of recent arrivals. Asia and Sub-Saharan Africa also now comprise a significant share of undocumented immigrants in the U.S.

Still, in his third presidential debate, Trump used Spanish to depict undocumented migrants as wicked lawbreakers. The perverse effect of the “bad hombres” quip is the vilification of Latinos in our own language —albeit with such humorously bad diction that it sounded more like bad hambres— “bad hunger”.

This bigotry is the hashtag version of an old and ugly American tradition. As early as 1829, Joel Poinsett, America’s first ambassador to Mexico, described Mexicans as an “ignorant and debauched people.” The supposed moral and intellectual ruin of Mexicans was the predictable outcome of the “constant intercourse” of Spaniards with “the aborigines.” That is, Mexico’s mestizo origins were the cause of the country’s backwardness.

In Poinsett’s view, whereas Spanish settlers were “among the most ignorant and vicious” of Christian Europeans, Mexico’s native people were “the very lowest class of human beings”. Poinsett’s racist generalizations established the foundations of current U.S. stereotypes about Mexicans and Latin Americans.

Given the unsavory foundations of some Americans’ suspicion that Latin American migrants are violent criminals, it’s urgent to understand precisely what sort of migrants Donald Trump may deport. We can do so by examining the record-breaking 2.6 million deportations undertaken by the current U.S. administration.

Barack Obama has actually tried to focus immigration enforcement on convicted criminals, and Trump’s approach is, to some extent, a continuation of these policies. But Obama also intended to build political support for revising immigration laws that aimed at creating a path to citizenship for unauthorized migrants in the U.S.

The Obama administration estimated by 2013 that 1.9 million “removable criminal aliens” were living in the U.S. 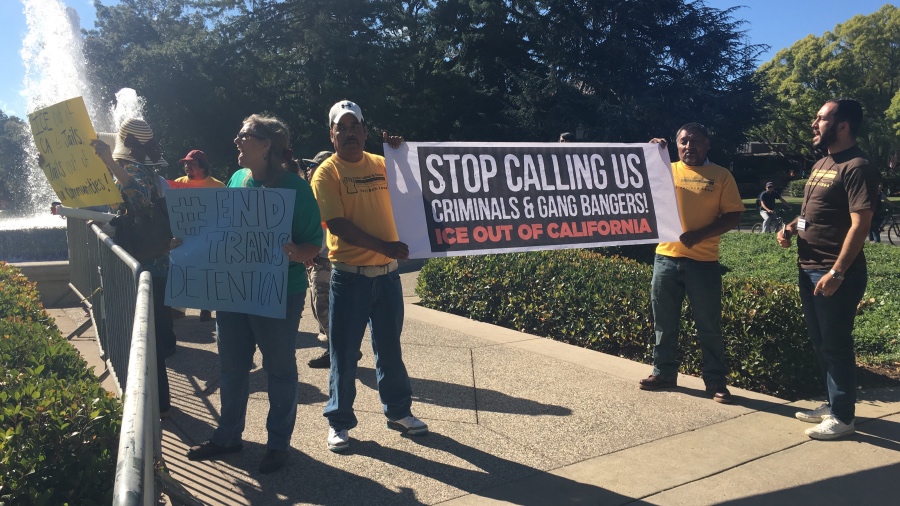 This figure is not limited to undocumented migrants. It includes those with green cards (for legal permanent residency) and those with temporary visas. Nor is it limited to those found guilty of serious crimes. It also includes people who have been convicted not of drug trafficking or gang activity but of theft and other non-violent crimes.

So it would be a mistake to assume that the key priorities of immigration enforcement are terrorism suspects and convicted felons. In 2015, 59% of the people America deported —235,413 in total– were convicted criminals, while 41% were removed for immigration violations such as overstaying a visa. Undocumented entrants apprehended at the border are also included in this number.

So the claim that three million undocumented migrants living in the U.S. are dangerous criminals is unsubstantiated—and irresponsible.

The Tide of History Flows Back to the US

Maybe, but a nuanced historical analysis shows something nativist U.S. politicians are less keen to publicize: that American anti-Communist foreign policies implemented in the 1980s played a major role in fueling these criminal activities.

Ronald Reagan famously claimed in 1982 that those who embraced communism ran against “the tide of history.” Reagan thus committed himself to lead a “crusade for freedom” against the communist evil. Under his watch, the U.S. was meant to deliver “freedom and human dignity” across the world. 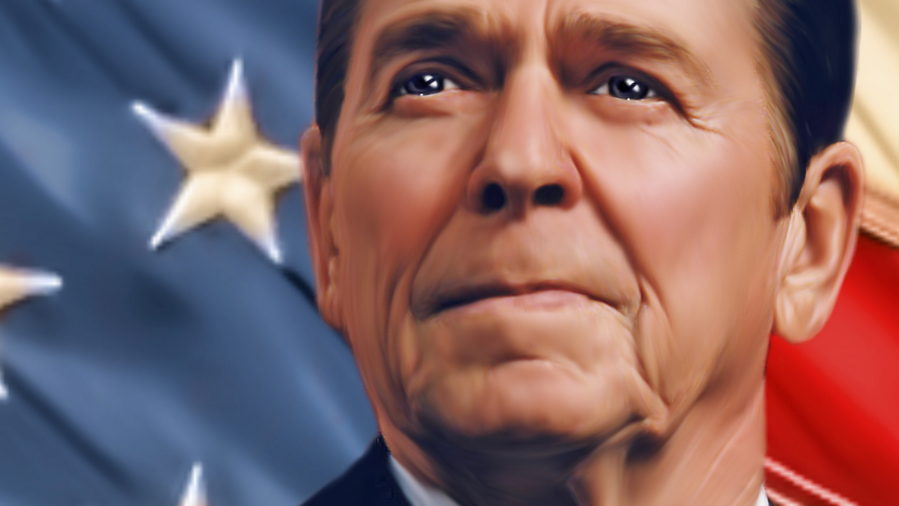 Reagan immediately offered financial and material support to anti-Sandinista forces called the Contras, including by ordering the CIA to plant mines in Nicaragua’s harbors and deploying funds obtained by selling weapons to Iran, which were then embargoed.

Critical to today’s reality, the U.S. also channelled its assistance to the Contras through traffickers who had been indicted on drug charges. A 1989 senatorial committee lead by then-Senator John Kerry revealed an appalling complicity between the U.S. government and Latin American drug traffickers. The report found, for example, that the Department of State paid over $806,000 to renowned drug traffickers, including Honduran drug lord Juan Ramón Matta-Ballesteros.

At the same time, in El Salvador, the U.S. was also embracing a military junta that in 1979 had overthrown president Carlos Humberto Romero, offering its leaders substantial military and economic aid in order to prevent “another Nicaragua.”

In May 1980, FMLN leadership met in Havana, Cuba, establishing themselves as U.S. enemies. With US guidance in tactics learned from Vietnam, the Salvadoran army brutally suppressed the FMLN Communists. According to Americas Watch, this strategy involved, along with bombings, occasional civilian massacres.

This US-sponsored violence in Nicaragua and El Salvador soon spread to Guatemala and Honduras, in part due to geographic proximity and in part because as all these countries have historically been characterized by marked social and economic inequality.

What does all of this have to do with the gangbangers and drug lords of Trump’s imagination? Decades of war left thousands of Central American orphans. Many of them eventually migrated to the U.S. and, parentless and penniless, joined what family the streets had to offer: criminal organizations such as Los Angeles’ Mara Salvatrucha and 18th Street gangs.

Latino drug traffickers and gangs are hence an important legacy of the Reagan administration.

John Forsyth was U.S. Secretary of State from 1834 to 1841. In 1857, he noted in a letter that “the hybrid races” of the American continent would “succumb to and fade away before” the “institutions” and “superior energies of the white man.”

The current president-elect of the U.S. has ominously based his immigration policies on this tradition of thought, a problematic position further compounded by a general American failure to understand the historical causes of the immigration-related problems Trump seeks to address.

The time for Latin America to resist bigotry and racism has thus arrived. In this task, we must not resort to nationalist discourses that merely mirror, from the other side of the looking glass, the stereotype of evil gringos who hate “bad hombres.”

Rather, Latin American responses to racism should draw both from humanism and an accurate knowledge of the past, as well as of human rights and international law. 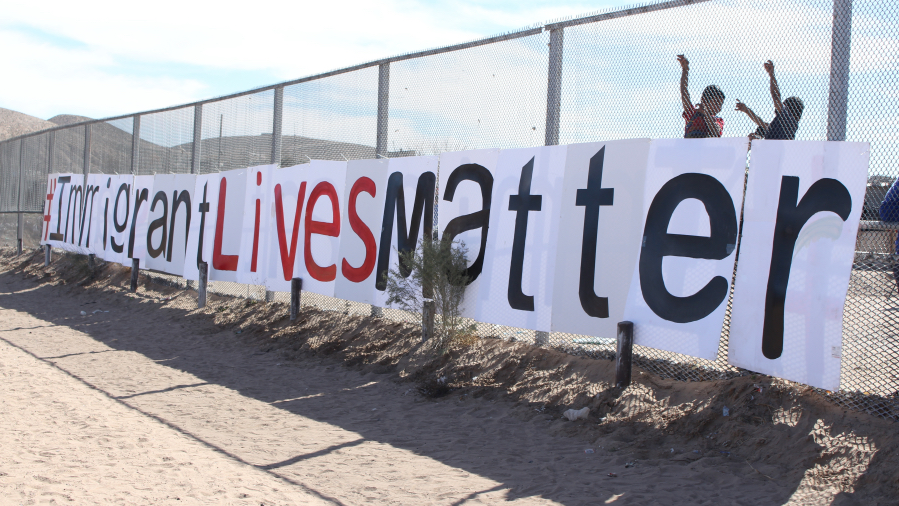 Two positive steps we could take are addressing the countries’ own crime problems while respecting rights and due process, and treating with dignity the approximately 500,000 Central American immigrants who cross into Mexico each year.

Like it or not, history and geography have now made Mexicans the vanguard of resistance, and the world will be watching.