Why Were More Than 60 People Arrested in Puerto Rico for Protesting the Depositing of Coal Ash?

On Wednesday night, Latino Rebels was forwarded the following media release from organizers in Puerto Rico about the protests and arrests that happened this week in Peñuelas, a municipality located on the southern side of the island:

Dozens of residents of Peñuelas, Puerto Rico and their supporters were arrested today for protests against the trucking of AES Puerto Rico, L.P. coal ash waste to the Peñuelas Valley Landfill. Among those arrested is Puerto Rico Senator, Maria de Lourdes Santiago. The arrests started on Monday, November 21, 2016 when 21 people were detained. Today, 41 more people were arrested and more interventions are expected. Community members cite a municipal ordinance which prohibits use of coal ash in the town of Peñuelas as the basis for their opposition to the coal ash. Approximately 43 other municipalities in Puerto Rico have prohibited the use of coal ash as fill material at construction sites and in their landfills. The AES coal ash has been used as daily cover for garbage or just left in mounds exposed to the breeze and rain which has led to fugitive dust and water contamination. A recent Puerto Rico Court of Appeals decision modified a previous lower court decision upholding the municipal ordinance. In a separate suit by AES against the municipalities of Humacao and Peñuelas, the United States District Court for the District of Puerto Rico determined that the municipal ordinances did not violate federal law. AES has incurred in multiple violations of illegal contaminated water discharges and has been fined by EPA on at least two occasions as recently as last year.

A 90-minute video posted Wednesday by Puerto Rico’s Noticel shows many of the protesters trying to blockade the transport:

Earlier this year, Latino Rebels published a series in Spanish from the Centro de Periodismo Investigativo about the AES coal.

In addition, organizers sent the following images about the protests: 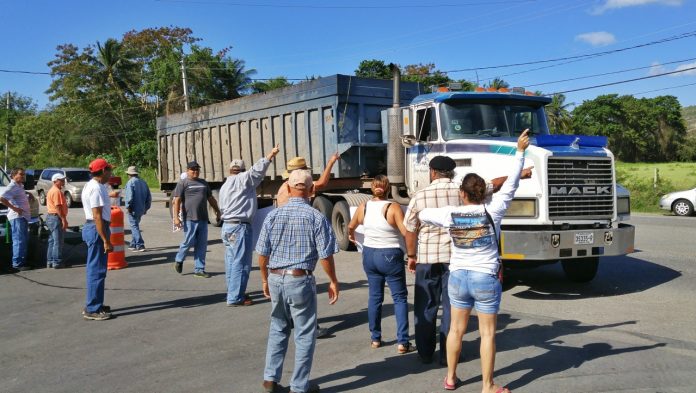 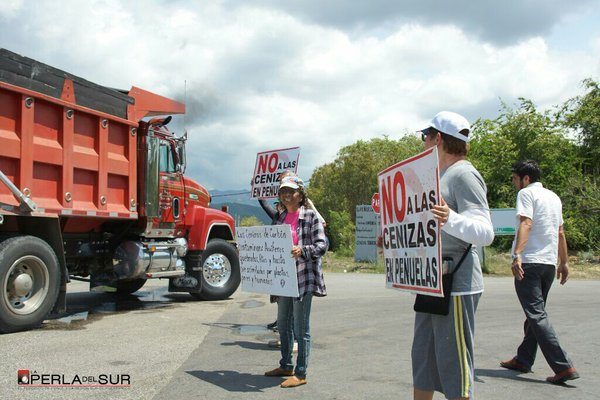 Further movement of coal ashes is to be continued on Friday. Also, we expect more protestors, including a coalition of women who will be joining the manifestations in solidarity with Peñuelas and to commemorate the International Day for the Elimination of Violence Against Women this Friday. The is an ongoing call-to-action and solidarity to individuals in Puerto Rico, including pro bono lawyers willing to assist protestors. Different legal strategies are being considered. Also, we are extending this call-to-action to individuals and entities abroad, who can join us with the hashtags #Peñuelas #NoToxicAshesPR and publishing notes on what’s happening in Puerto Rico. More information on mobilizations can be found at the following Facebook pages: