Puerto RIco’s ÌFÉ released their third single “Umbo (Come Down)” on Friday. “Umbo” is a preview from the group’s full-length debut album, which will be released next year. Over the past couple months, ÌFÉ has embarked on their first-ever tour, taking their unique sound from Chicago to Barcelona and Toronto to London. 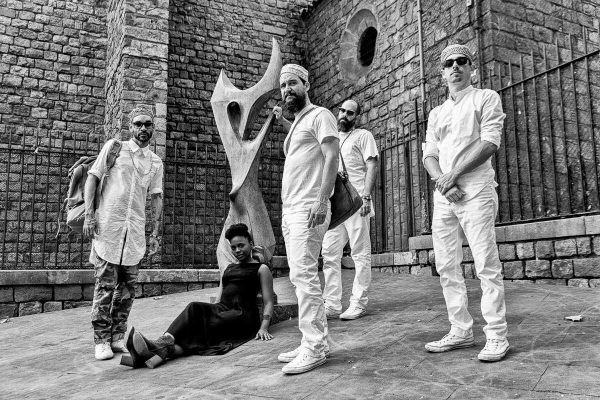 ÌFÉ’s latest single is a musical invitation to the benevolent forces that be. Drawing from rhythms and incantations of sacred Yoruba praise songs, ÌFÉ calls out to those would would hear us in our times of need. Keenly aware that our most potent gods and loves are first met dancing, and we take our plunges from there. Part celebration, part adoration, “Umbo” beckons us into that space between places, where we can let go and be brought to shore.