Some Notes and a Song for Standing Rock 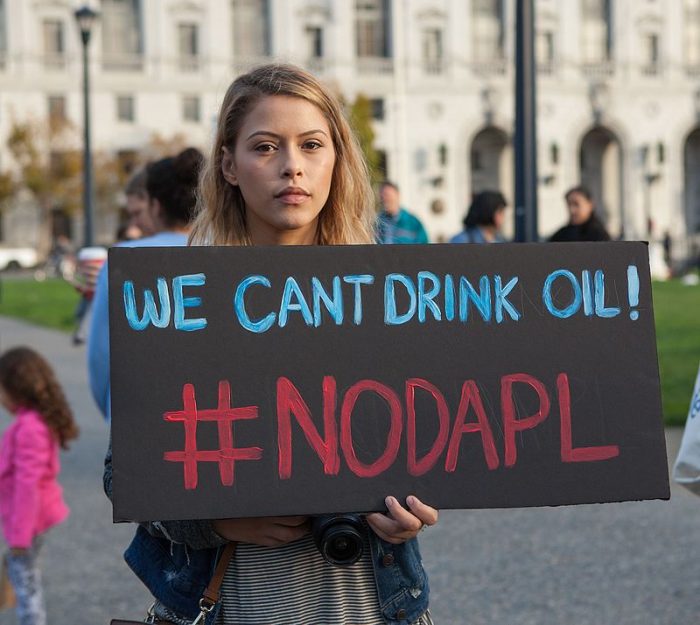 An earlier version of this post appeared in Counterpunch.

The powers that be are pulling out all the stops.

A recent video clip of Cass County Sheriff Paul D. Laney proves as much: “We have received very concerning intel,” the Sheriff said, “that an element within the protest movement wants to exploit veterans with PTSD, arm them, and try to trigger their PTSD, and turn them aggressive. Besides being horrible and wrong, it could be dangerous and deadly.”

Let the naïve buy what he is selling. When it comes to veterans, the psychiatric diagnosis known as Post-Traumatic Stress Disorder (PTSD) has serious limitations; politics and society have played an essential role in the invention of this now common psychiatric diagnosis. Given that around 20 million people in the United States are veterans, the political purchase that comes with broaching PTSD should be a red flag to us all.

Historically, PTSD has impacted veterans politically, especially those who return home and protest war or agitate for peace. So why —other than a clear attempt at a smear campaign— did the sheriff’s press comments include propagating what certainly stinks like disinformation? Whatever the case may be, analyzing PTSD against a historical backdrop of political and social events reveals that our current understanding of PTSD is lacking. This includes whatever it is that the sheriff thinks he understands.

Yet, it’s not just law enforcement that has taken up the cause of co-opting the protest at Standing Rock for its own purposes. On Sunday, Dennis Kucinich, “Former 16-year member of the U.S. Congress and two-time U.S. presidential candidate,” as noted by the Huffington Post, decided to pitch in his two cents. His contribution? A soft-headed “open letter” to the veterans, which he titled “Please Stand In Peace At Standing Rock.”

Why should anyone listen to Kucinich, or any other former members of Congress? Because they’re credible in the same sense that the sheriff is supposed to be credible? If so, my question is: Why don’t Dennis or the sheriff have anything to say about police/military forces deployed by the state as needing to be peaceful, as needing not to cause PTSD in the protestors?

Maybe Kucinich simply enjoys writing op-ed pieces that he can get published in the news without actually needing to keep abreast of the news himself. Maybe the sheriff gets a little too excited about his intel…

To them I say: Thanks for nothing.

Essentially, we should be listening to what the Tribe and ordinary people have to say about solidarity with Standing Rock, and about the overwhelming increase in public support of the protesters there.

Consider, for example, this from the Standing Rock Sioux Tribe:

Despite strong objections from the [Standing Rock Sioux Tribe] from the first time they heard of the project, on July 25, 2016, the U.S. Army Corps of Engineers (Army Corps) granted authorization to the Dakota Access Pipeline to cross Lake Oahe as part of the construction of a 1,100-mile pipeline that is proposed to carry over a half-million barrels of Bakken crude oil to Illinois and across four states. The current route of construction takes the pipeline less than one half mile from the Tribe’s reservation border, and thus the Tribe maintains a sovereign interest in protecting its cultural resources and patrimony that remain with the land. In addition, all along the route of the pipeline are sites of religious and cultural significance to our people, including burial sites of our ancestors. The pipeline would cross the Tribe’s traditional and ancestral lands and the construction of the pipeline jeopardizes many sacred places. But, while federal law requires meaningful consultation with the Tribe on these matters, that has not happened here. The Tribe opposes DAPL because we must honor our ancestors and protect our sacred sites and our precious waters.

This is the only solution, today, tomorrow, one month from now or one year from now.

Kucinich and the sheriff aren’t giving press releases or writing op-eds about any of this because they are the tools of empire, cogs in the machinery of mainstream media. The real power of the free media is to propagate not their letters or press releases, but essays (songs, photos, etc.) by radicals that already understand what the Tribe, protesters and Veterans are there to do.

We would like to offer up a song in solidarity. It is meager, but we recognize, too, that there are millions of artists across the nation that are busy creating and expressing their radical solidarity with the Tribe and the protestors. Thus, it is our specific goal, as collective of radical musicians from the Southwest, not to capitalize on the zeitgeist of Standing Rock in self-promotion—like Kucinich and others; we do not want our name published in “Huffpo” along with other dubious words of wisdom for the people who are there. Instead, we want to contribute along with all the other artists and musicians whose catharsis is helping to affectively create the stuff of solidarity that binds us now and forever with our Indigenous brothers and sisters—and not the state or its industrial henchmen.

We just want the Tribe and the protestors to know that we are singing about them here in the desert. So, this is our song, for Standing Rock!

Biographies:
Producer Rich Hues works to create dissident music and tutor aspiring artists in a network of underground studios; sound engineer Bryce Canyon collaborates regularly with Rich Hues to ensure a future in which music is free. Both are members of the precariat and fight everyday to keep free music alive in the heart of the Southwest. I am a writer and a musician, and I do my best to “circle the A” everyday.