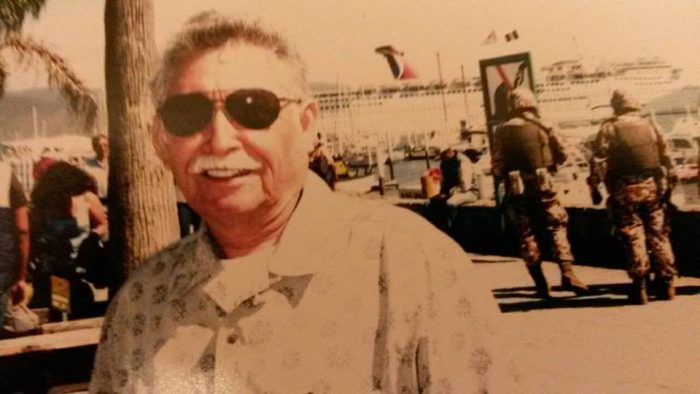 As questions (and national media stories) continue to swirl around the Monday death of 73-year-old Francisco Serna by police in Bakersfield, California, Serna’s family has established a memorial fund for him.

It is difficult to accept that our dad’s life ended so abruptly, brutally and with such excessive force of violence. We feel our dad was stolen from us at a time that our family should be celebrating holidays,birthdays and making happy memories. Instead, our dad was murdered by BPD on December 12,2016.

Our dad was a simple, loving and hard working man that loved his family and enjoyed his life. He liked going on vacation with his wife and kids, gardening, and visiting with all of his grandchildren; he also made great tamales and home made tortillas. He will be forever missed but not forgotten and we will treasure every moment we had with him.

We will be forever grateful for those that can help us in this time of need. God will bless you for blessing us.

In addition, a Facebook page called Justice for Francisco Serna was also created this week. The page was launched “in order to demand justice and raise awareness of the unlawful death of Francisco Serna, a beloved grandfather, brother and friend.”

On Monday December 12, Serna was shot and killed by Bakersfield police officer Reagan Selman, who was one of the officers responding to a 911 call that Serna had a gun and was walking around neighborhood. On Thursday, the Bakersfield Police Department confirmed that Serna was unarmed and was holding a wooden crucifix instead:

“During a search of Mr. Serna a dark-colored simulated woodgrain crucifix was recovered. Mr. Serna was not armed at the time of the shooting. No firearm has been recovered.”