The Fall and Rebirth of Soccer ‘Emperor’ Adriano (OPINION) 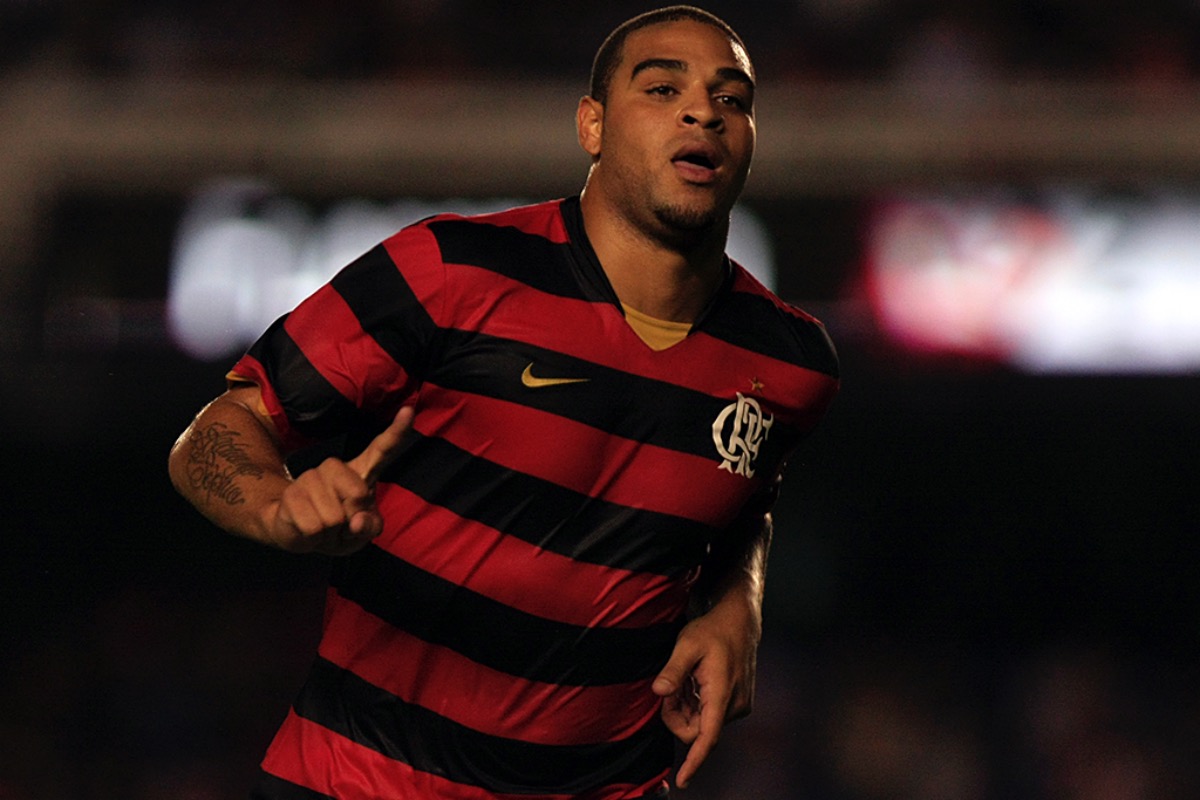 SÃO PAULO, Brazil — Brazil’s Diego Ribas crosses the ball. Luís Fabiano headbutts it and sends it to Adriano Leite Ribeiro with a heel pass. The muscular, handsome, and brown-skinned forward dominates and kicks with the ball with his left foot right past Argentine goalkeeper Roberto Abbondanzieri, tying the final game of the 2004 Americas Cup. The penalty kick Adriano scored afterward helped secure Brazil’s place at the top of the podium over its historical rival.

It is one of the greatest moments in Adriano’s career, a man commonly known as “Adriano Imperador”—Emperor Adriano.

The nickname came from his time playing for Inter Milan in Italy between 2004 and 2009. The very sight of the young man raised in the Vila Cruzeiro favela in Rio de Janeiro charging with the ball was enough to send shivers down rivals’ spines and a rush of excitement through the veins of teammates and fans.

“Adriano was a great player, with an impressive shot from his left foot,” André Carbone, Brazilian sports journalist for Yahoo Brasil, told Latino Rebels about the man once thought to be the heir of the great Ronaldo Nazário, destined to sit atop the green-and-yellow throne as Brazil’s top scorer. “In these first years in Italy, 2003 to 2005, he was among the top forwards of the world. He was young and very promising to maybe be the best in the world in a few years.”

But Adriano didn’t blossom as expected, due to his struggles with alcoholism and mental health issues that were only worsened by the hot spotlight cast on him by the media, particularly the Brazilian media, and especially after the death of his father in 2004, who had been his main mentor and motivator. Gradually Adriano began to shy away from the cameras, preferring the confines of his old stomping grounds to the lavish scenes of Italy or the company of other Brazilian celebrities.

“Everybody knew his father died in 2004, and everybody knew that he was very important to Adriano and to his career,” said Carbone. “However, the fact is that Adriano played very well in the months after that. Nobody predicted that he would fall down for such a long time after that. In the following year, he was a sad player, we could see it. After the depression, and alcohol, he returned to Vila Cruzeiro.”

In the favela, some of his childhood friends —with whom he had grown up playing soccer on amateur pitches, going to funk parties, and chatting with in narrow alleys—had found ways of making a living outside of mainstream society, often as drug dealers. Many met their demise by violent ends.

The fact that Adriano still consorted with such characters sparked a media sensation, with journalists and columnists struggling to understand how the Emperor could feel so at home in impoverished settings.

Born Black and Poor in a White Man’s World

For Dr. Dennis de Oliveira, professor at the Communications and Arts School at the University of São Paulo, the fact that Adriano is not only from a poor household but also an Afro-Brazilian played a role in how the media covered his ordeal.

“The archetype of the acceptable Black soccer player by the media is of the ‘well behaved’ or, what Clovis Moura called, ‘good slave,'” he explained.

“I will give an example when this fits perfectly,” he continued. “Adriano gave a motorcycle to his long-time friend. However, this friend was a known drug dealer, a common position in a poor community, where people have few opportunities to grow. The two headlines that we saw were ‘Adriano can be arrested for association with drug trafficking’ and ‘Adriano gifts a motorcycle to a drug dealer’—without mentioning that that man was his friend. I know that drug trafficking is a crime, but today I see that we (journalists) were actually rooting for Adriano’s downfall. In our subconscious, it was as if he deserved this crush for giving up a brilliant career to frequent the community again. Today I see it as a huge mistake.”

As the professor explained, journalism is directly or indirectly tied to the entertainment industry that is soccer, the world’s most popular sport. Given this bond, the media tends to reproduce patterns seen in the entertainment world, such as the exploitation of human suffering when idols fall or are brought down, which sells newspapers or, in the parlance of today’s digital media, “gets eyeballs.”

One of the few journalists in Brazil to care about Adriano as human being has been Breiller Pires, currently a sports commentator for ESPN Brasil. Pires has been navigating the intersectionalities between Adriano’s racial, social, sports, and public personas since his days at El País.

Adriano was the subject of this year’s Paramount+ documentary, Adriano Imperador, and speaking candidly on race and class in the 2018 HBO documentary O Negro no Futebol Brasileiro (Black Man in Brazilian Soccer). In both, he displays a fluidity and assertiveness when debating subjects that go beyond the soccer pitch.

“It is uncommon” for Black soccer players —or soccer players at all— to show social consciousness and self-awareness of the space they inhabit, according to de Oliveira. They are kept under rigid control, “almost slavish,” their statements monitored and prepared by a professional staff that has a tight grip on the athlete’s path inside a moneymaking machine. Therefore, to keep the pistons moving, “the main athletes don’t position themselves,” says de Oliveira.

A Legacy Bigger Than Sports

Adriano now is a 40-years old man with a silver beard, but his innocent, almost childlike eyes match his happy smile once again. He is a brand ambassador for Adidas in Brazil and is working alongside HBO Max, Centauro stores, and the Instituto Futebol de Rua (Street Soccer Institute) to help nurture future soccer players in impoverished areas.

His body could no longer handle the stress of professional soccer after 2016 due to injuries, mainly on his heel, but he retains the joy of playing the game he loves.

Still, leaving the soccer-star lifestyle behind is unusual for those who have soared as high as he has”

“Not common at all,” says Carbone. “Most players, even the very rich ones, want to make all the money they can until the end of their careers, which is a very short period. I think people don’t completely accept Adriano’s choice to visit Vila Cruzeiro so often (even though he no longer lives there) because they perceive that the dream of the poor people in a violent community is to get away from there at the first chance. For Adriano, his happiness is so tied to his friends and his community—this is not wrong, but I don’t think it would be the choice of most people in the same position.”

After scoring a goal playing Flamengo over Vasco back in 2010, Adriano took off his red-and-black jersey, revealing a white tank top that read: “Que Deus Perdoe Essas Pessoas Ruins” (May God Forgive These Bad People), referring to the persecution he suffered from the media and supposed supporters—an image as strong or even stronger than the goal described above.

While he may not have fulfilled his potential to become one of the greatest offensive players in Brazilian history —joining Pelé, Romário, Garrincha, Ronaldinho, Ronaldo, and others— Adriano’s ordeal has provided the Brazilian press a lesson in ethics when it comes to covering athletes, in particular Black and poor ones, says de Oliviera.

And as a public figure, Adriano’s legacy concerning mental health helped clear the way for the likes of Simone Biles and Naomi Osaka to discuss such issues.

Gabriel Leão is a Brazilian journalist based in São Paulo whose work has been featured by Wired, Ozy Media, Al Jazeera, and Vice. He holds a master’s degree in communications and a post-graduate degree in foreign relations.