Just as I was about to move on from the media story that has every Latino journalist person talking, something changed last night.

Before I go into those details, I wanted to provide some updates surrounding the controversy that occurred this past Sunday at the National Association of Hispanic Journalists (NAHJ) conference in Anaheim, where GOP strategist Hector Barajas accused California House Speaker John A. Pérez of  “political bullying” for booting Barajas off an NAHJ panel about the Latino vote.

First, NAHJ president Hugo Balta responded on Tuesday. I spoke with him a few hours before he issued a Facebook statement about the situation. I wrote about that statement for NBC Latino yesterday. In my mind, NAHJ admitted that it was a mistake, lessons were learned and they will be a better organization because of this. 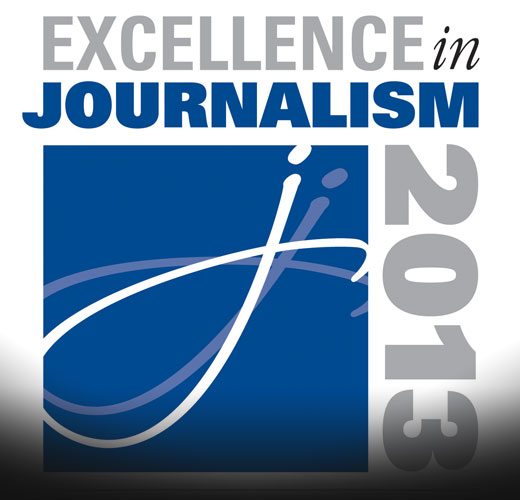 National syndicated columnist Ruben Navarrette wrote a piece yesterday with specific details as to what Pérez had done, according to people who know of the situation. In that piece, Navarrette wrote:

[Barajas] was invited to appear on the panel by Gadi Schwartz, a reporter at KNBC-Channel 4 in Los Angeles and the NAHJ member who organized the speakers for the event.

He never got the chance. His appearance was vetoed by Pérez, one of the most powerful Democrats in the state.

According to Schwartz, Pérez called the day before the event to complain about Barajas being on the panel and insisted that he would not participate.

“He was upset,” said Schwartz. “He said he didn’t want to debate a staffer.”

Schwartz stood his ground. So Pérez went over his head and called someone in the leadership of the organization. Schwartz was then ordered to tell Barajas he was off the panel. He did so, but he isn’t happy with how it turned out.

“I didn’t think it was going to turn into a sideshow,” Schwartz said.

The story coming from the Pérez camp this week was that Pérez agreed to the panel since he thought it was for elected officials only, so when he heard about Barajas being on the panel, according to Navarrette’s story, he made some calls to people at NAHJ and Barajas was disinvited. But no one told Barajas, who flew in from Sacramento with his wife only to find out that he was not on the panel when he showed up at the panel. So he did what most people in the new media age would do. He took to Twitter. The story took off.

Last night, HuffPost Politics picked up the story (giving Latino Rebels a h/t, thanks), and got a statement from Barajas: “Thank you for the comments. We share the same value of empowering Latino families, students, and professionals. I look forward to working with NAHJ.”

So it looks like Barajas has moved on, and so has NAHJ. 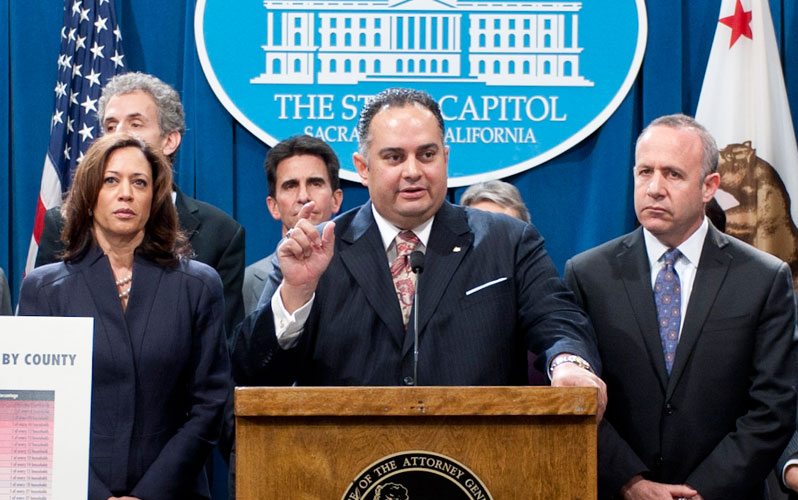 However, as of last night, the only one who still wants to discuss this issue is Pérez’s spokesperson. At least via email. In the past day, I have received several emails from Steven Maviglio, who was quoted in the original SF Gate story. I asked him if our email comments were on the record, and he said yes. Here is the thread (any errors were left unedited for the purpose of the email thread):

Maviglio: Would have been glad to have talked to you about the facts on this issue if you’d called.

Maviglio: This is completely false [referring to my NBC Latino column]: “From what I understand, Pérez and Barajas are not political friends, and there is a history of animosity.” The Speaker and Hector obviously have different political philosophies, but there’s nothing personal there, at least from the Speaker’s perspective.

This characterization also is untrue: “If Pérez, an elected official, didn’t like that his political enemy was on the panel, tough. Are we at a point now where we can’t even have discussions from different perspectives because we don’t like each other? What message does that send out to the community? Pérez’s excuse was that the panel was just for elected officials, but when Voto Latino’s María Theresa Kumar and activist Eva Longoria were also on the panel (not elected officials), all bets are off.”

The facts: the Speaker accepted an invitation to be on a panel with former Gov. Bill Richardson and Congresswoman Loretta Sanchez. The program at the conference distributed said:

Latino Vote
The Latino and Hispanic voting demographic is one of particular interest and scrutiny, especially since the 2012 presidential election. Elected Latino politicians discuss the coverage of this voting group in the 2012 elections and beyond, and examine the growing Latino vote and what it means for future elections and those who cover them.
Speakers: California Assembly Speaker John A. Pérez (D-Los Angeles); U.S. Representative Loretta Sanchez (D-CA); Eva Longoria, actress and activist

Our office was told that Ms. Longoria would be the moderator – not “on” the panel.

When we discovered Hector was on the panel, the Speaker called, and the response was that they couldn’t find any Republican elected officials to be on the panel. The Speaker offered to help, then made calls to California Republican Assemblymembers Chavez and Linder to check on their availability, and Mr. Chavez said he could be available.

The decision to replace a Republican consultant with an elected official was made by the organization, not Speaker Pérez. And based on what the panel was billed on, it was a smart decision, attracting quality elected officials. It wasn’t about “eliminating discussions from different perspectives” at all – they had a lively discussion, as noted by the Editorial Page editorial of the San Francisco Chronicle in Carla’s piece.

The organization kept to its original promise and the result was a popular discussion of the issues. Not quite sure what the problem is there, other than Hector’s ego being bruised because he was bumped by the organization for someone who was elected to public office.”

JRV: Are you referring to the opinion piece I wrote on NBC Latino?  I thought you were referring to the news piece Latino Rebels piece that was published on Monday, which included the SF Gate piece.

Mr. Barajas flew down to conference with his wife and found out about not being on panel until he got there. If there are no issues with Speaker Pérez, why would Mr. Barajas single him out and accuse him and why did your office’s initial statement say it was for elected officials when María Theresa Kumar was on the panel as well. Did Speaker Pérez or NAHJ ask Ms. Kumar to not be on the panel as well?

Also, I have several sources who told me that there was an issue with Speaker Pérez and Mr. Barajas. So you are saying that their is no personal animosity with them at all? That the decision was not political?

Also, why would NAHJ admit that mistakes were made and that, from what I understand, suggest that the decision was not made by them? Why would Mr. Balta say this?

“I acknowledge and take responsibility for Mr. Hector Barajas trepidation and that of Mr. John Perez with respect to some of the decisions made by NAHJ organizers of the Latino Vote session. As president I am ultimately responsible for all the actions of NAHJ members and staff (in the planning and execution of such programs).”

“The Latino Vote session’s intent as described in the program book was to have “Elected Latino politicians discuss the coverage of this voting group (Latinos) in the 2012 elections and beyond…” I strongly believe that regardless of the behind the scenes turmoil the end result was faithful to the session’s vision.”

“Still, I recognize that despite NAHJ organizers’ best intentions, an uncomfortable situation was created that affected panel guests. For that I am sincerely sorry and pledge that NAHJ will do better in organizing similar sessions moving forward.”

Can we follow up tomorrow? I am on East Coast time.

Also, Steven, was this report by Ruben Navarrette not accurate as well? [cut and paste of Navarrette’s conversation with Schwartz]

Having been in the same position myself, if an elected official was to replace me on a  panel that was advertised as being of elected officials, I would politely yield. Instead, Hector has embarrassed himself and the NAHJ.

JRV:  Thanks, I still have several questions. Can I talk with you or the Speaker today? When would be a good time? Here are more questions:

So what Navarrette reported is not true? His piece was pretty detailed. Was Schwartz’s story not true as well?
What about Maria Theresa Kumar? She was not an elected official. Why was she allowed to be on panel but not Barajas?
Also the original program did not list Barajas so how did he get removed? Balta said that Speaker Perez did call someone at NAHJ? Who was it? What was said? Can you tell me 100% that no calls were made an that Speaker Perez’s tone to help out with the panel was professional and not personal against Barajas?
I would be more than happy to share your story but I would need to ask you guys some tough questions and if you are open to it, can we talk today?

I don’t know about the Navarrette story. I can tell you the part about me hanging up on him is completely false — I had him on speakerphone with two of my colleagues around me, and I can tell you that part of his column is completely fabricated. And it appears at least one other person interviewed also claims they have been misrepresented.
As for my Ms. Kumar was “allowed” on the panel and your other questions, you should ask those questions of NAHJ. We were not involved in the decision of who was selected to be on the panel; the Speaker’s invitation was to be on a panel with Congresswoman Sanchez and Gov. Richardson moderated by Ms. Longoria.

JRV: Is this on record? I can publish your comments on LR?

EDITOR’S NOTE: Julio (Julito) Ricardo Varela (@julito77) founded LatinoRebels.com in May, 2011 and proceeded to open it up to about 20 like-minded Rebeldes. His personal blog, juliorvarela.com, has been active since 2008 and is widely read in Puerto Rico and beyond. He pens columns on LR regularly. In the past year, Julito represented the Rebeldes on CBS’ Face the Nation, NPR,  Univision, Forbes, and The New York Times. Currently, he is a digital producer for Al Jazeera America’s The Stream. The views expressed in any of the columns writte by Julito on this page do not reflect the editorial stance of Latino Rebels or Al Jazeera America. His opinions are his own and his alone.