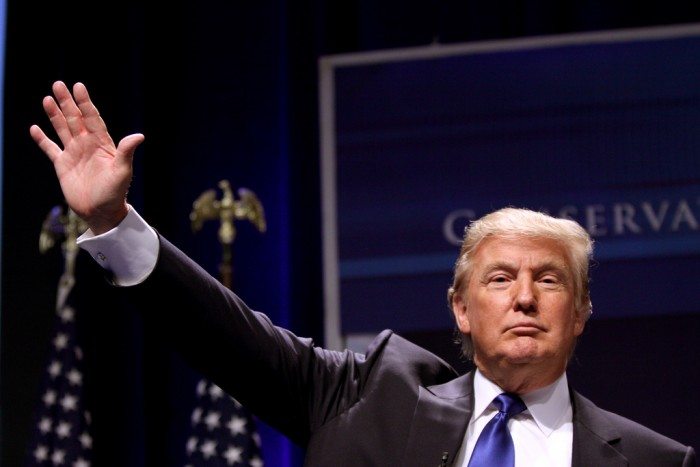 The fear of the other has been exploited in order to advance some of the most dangerous political movements in history, it is for that reason very troubling that the United States is currently experiencing a dangerous flirtation with the fascist policies that have been promoted by Donald Trump and to a degree the Republican party that has enabled these ideas to reach the mainstream. Trump has stated that he intends to deport 11 million immigrants, labeled Mexicans “rapists” and thieves, blamed criticism from Fox News anchor Megan Kelly to her assumed menstruation, mocked a New York Times reporter with a physical disability, said he would kill the families of suspected terror suspects, suggested that Muslims should carry special ID badges and has recently called for a complete ban on Muslims entering the United States.

Trump, of course, has offered no specifics as to how he would implement and carry out any of his nonsense ideas, yet he continues to climb in the polls by espousing the cheap demagoguery and populism that has fueled his campaign from the beginning. Last August over a hundred members of our community showed up at the Doral City Council to demand that the key to the city which had awarded to Trump be returned for his offending comments towards the Hispanic community, which largely makes up Doral. Mayor Luigi Boria refused due to his wish to “not politicize the council,” but what exactly did he think he was doing when he awarded the key to a man that had spent the last five years claiming President Obama is a Muslim of Kenyan nationality and demanding to see his birth certificate?

Mayor Boria is either incredibly naïve or driven by the money Trump has invested in Doral. Is the Doral city key for sale? Is Trump’s money worth the pain and hate he has inflicted upon the communities he trashes in his quest for power? Shame on Luigi Boria for his political cowardice, in stark contrast of Mayor Rick Kriseman who symbolically banned Trump from Saint Petersburg and stood up to hate. Mayor Boria, your community calls on you to do the right thing. Our dignity is not for sale.