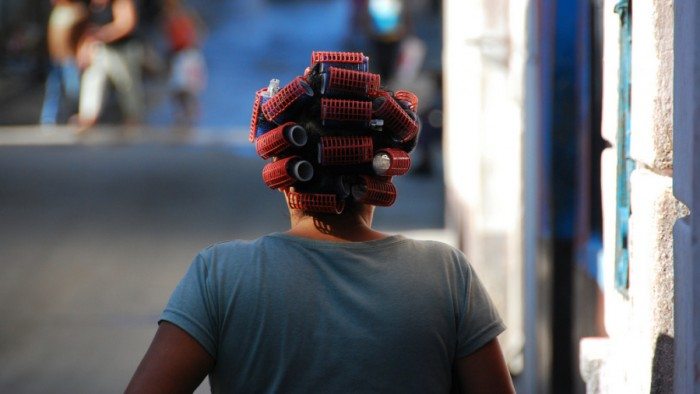 Tomas Bilbao has written an op-ed for HuffPo Latino Voices in which the public affairs consultant gives a glossy explanation as to what people mean when they say they want to “visit Cuba before it’s ruined”:

This phrase implies that with time, Cuba will lose its ‘charm.’ This may partially be due to the fact that as more United Statesians visit the island and the tourist travel ban is finally lifted, photos of a trip to Cuba posted on Facebook will become as commonplace as other Caribbean vacation destinations. The allure of visiting the once-prohibited Island will eventually wear off and with it the appeal the Island as an adventure travel destination. But that is only part of the story.

The other reason why some want to ‘visit Cuba before it’s ruined,’ is because they expect that the ‘charm’ of crumbling facades, cheap rum and cigars, old American cars and low prices won’t survive a transition toward a more open economic system. Some fear that as Cuba attracts foreign investment and continues reforming its economy, development and economic growth will fundamentally change what makes Cuba alluring. While it is possible that most people who hold this view do so with the best of intentions — wanting to preserve Cuba’s unique culture and heritage — implicit in this statement are two sad and patronizing assumptions: first, that economic growth, development and increased prosperity for the Cuban people are somehow undesirable and will hurt Cuba’s appeal to tourists; and second, that Cuba will ignore the need to preserve its own culture and heritage.

Bilbao is asking “ruined by what?” and settles on what he believes to be the answer: investment. But it isn’t investment that might kill Cuba. Whenever I hear people talk about wanting to go to Cuba “before it’s ruined,” I instantly take them to mean ruined by Wall Street, the metonym given to American capitalism. Money won’t ruin Cuba, but U.S. monied interests almost certainly will, or at least they’d like to. After all, the rest of the world has been relatively free to have relations with Cuba, yet no one seems worried that European or Latin American tourism to Cuba will hurt the island’s culture and idyllic charm. Only with the prospect of Cuba opening to the Griswolds and Gekkos of the United States do people fear that it might be the beginning of the end for Cuba’s way of life.

If you want to know what people actually mean when they say “before it’s ruined,” if you want to know why Cubans as far back as Martí have been so scared to see their island avail itself to the United States, if you want to know what Cuba would look like if U.S. capitalism had its way, you need only look at the rest of the Caribbean. Look at Mexico, where the supply and demand of U.S. markets dictates the ebb and flow of everyday life, and where U.S. visitors to Riveria Maya take selfies amid glittering hotels and brilliant beaches less than a mile from tens of thousands of Mexicans living in abject poverty and under constant threat of death. Look at Honduras, a U.S. vassal state for over a hundred years, and one of the deadliest places on earth outside a battlefield where, like in Mexico, citizens are just as afraid of security forces as they are the thugs and rapists who stalk the streets. Need I describe in detail the multiple crises in La Española, where the first slave revolution in the Americas led to over two centuries of U.S. bullying, and U.S. intervention on both ends of the island constantly erodes any hope that one day an entire generation of Haitians and Dominicans will know true democracy? Then there’s Puerto Rico, a U.S. colony since too long, where the president of the United States is practically king, and Wall Street is landlord.

Let’s not forget that the U.S. government has done everything in its power to ruin Cuba since Fidel defeated the U.S.-backed dictator Fulgencio Batista in 1959. In fact, the Cuban Revolution sought to repair the damage done by decades of U.S. hegemony. Washington allowed General Batista to rule the Cuban people however he pleased, so long as he allowed U.S. capitalists to do whatever they pleased in Cuba. The U.S. government and its wealthy puppet masters have done the same in every Latin American country — every single one. This meddling in the region isn’t merely the past mistakes of a well-meaning nation. It is U.S. policy to meddle throughout the hemisphere.

So people have every reason to fear that Cuba’s opening to the United States might lead to its ruination. It’s been that way since the empire’s founding. My advice: Book your flight to Havana sooner rather than later.

One response to “‘Ruining’ Cuba”