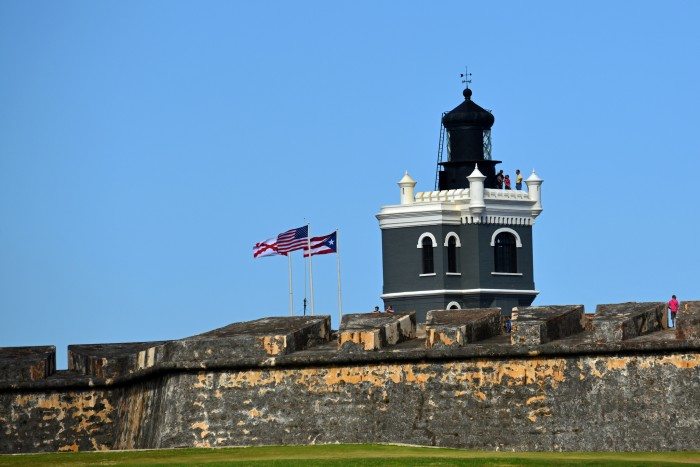 On December 9, 2015, Senator Orrin Hatch (R–UT) introduced Senate Bill 2381, the “Puerto Rico Assistance Act of 2015.” It offers minor assistance: a temporary reduction in payroll taxes and a “development fund” of $3 billion. The real purpose of this bill is the installation of a six-member Financial Control Authority, which will rule over Puerto Rico.

According to this bill, five members will be appointed by the U.S. president. The sixth will be the secretary of the U.S. Treasury, who will also serve as chairman. The chair will have two votes on all matters, and the other five members will each have one.

This “Authority” will not be accountable to the government of Puerto Rico. It will unilaterally “re-structure the workforce of the Commonwealth government,” freeze public pensions, and ensure “the payment of debt obligations.”

It will supervise the finances of the entire commonwealth government, legislature and courts, public authorities, pension system, and all leases, union contracts and collective bargaining agreements.

It will also make “recommendations” on all the financial affairs of Puerto Rico, including all personnel salaries, firing of workers, reduction of pensions, elimination of services, and the use of “alternative service delivery mechanisms, including privatization and commercialization.”

If the governor or legislature resists any of these “recommendations,” the Authority can “take such action as it determines to be appropriate.” In other words, it can ignore the insular government, and implement any “recommendation” it wants.

Anyone — public official or otherwise — who defies or obstructs the Authority, will be guilty of “criminal misdemeanor” and subject to suspension without pay and removal from office. 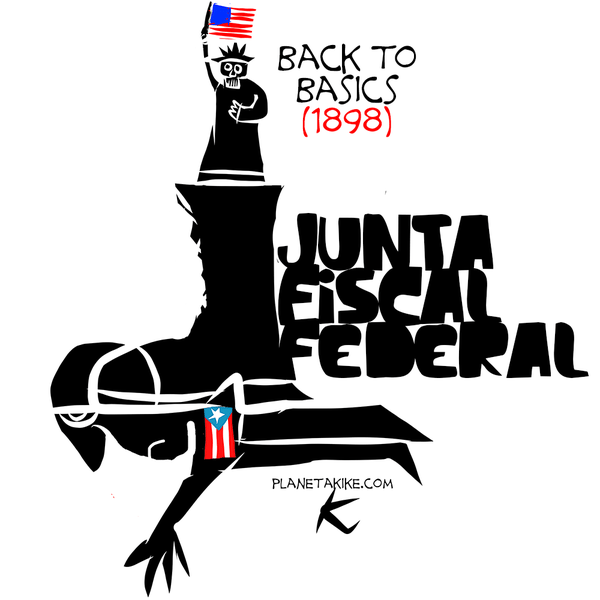 Creation of Debt, With No Accountability

The Authority will “grant a security interest in revenues to individuals or entities purchasing bonds, notes, or other obligations.” In other words, the physical infrastructure of Puerto Rico (highways, bridges, schools, prisons, electrical grid, water supply, public housing, prime coastal real estate) will be held as “collateral” for the debt decisions of this Authority.

The Senate bill is careful to mention that “the United States is not responsible for any principal or interest on any bond, note, or other obligation issued by the Authority.” Thus Puerto Rico — its taxpayers and its physical infrastructure  — will be solely and exclusively responsible for repayment of the Authority’s debt.

The Authority will also have prosecutorial powers. It is authorized to “conduct necessary investigations” into the government of Puerto Rico, empowered to hold hearings, secure government records, demand evidence, take testimony, subpoena witnesses, and administer oaths — under penalty of perjury — to all witnesses.

Anyone who fails to appear, refuses to testify, or withholds evidence, can be held in contempt of court. The result of any Authority investigation can lead to criminal and civil penalties — including, but not limited to, getting fired from your job.

Dictatorship in the Caribbean

The governor of Puerto Rico, Alejandro García Padilla, recently stated that “he would accept a federal fiscal oversight body, as long as it respects Puerto Rico’s autonomy.”

It will do nothing about Jones Act reform, Chapter 9 bankruptcy relief, privatization of the island’s public schools, or the hedge funds that will own the physical infrastructure of Puerto Rico — its schools, prisons, highways, electrical grid, and water authority. It will issue debt, spend the funds as it sees fit, and leave Puerto Rico to pay the bill.

This is where our “Commonwealth” relationship has gotten us: a dictatorship in the Caribbean, created in Washington, operated from Wall Street, all disguised as a “management assistance authority.”

As the leader of the free world, the U.S. can do better than this.

Nelson A. Denis served in the New York State Assembly, and is the author of War Against All Puerto Ricans (Nation Books, 2015). You can follow him on Twitter @NelsonADenis.