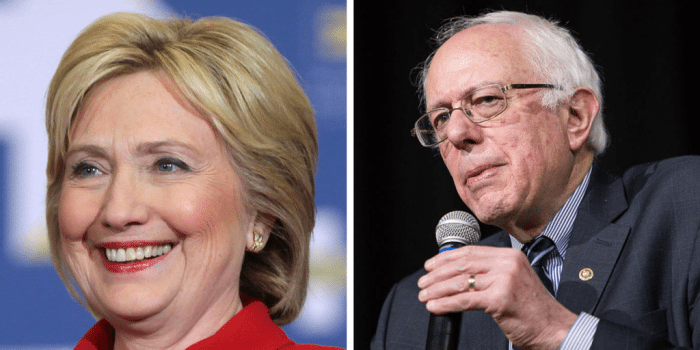 The Latino and immigrant community in the United States was already split into Haves and Have-nots by the time President Barack Obama took office in 2009.

The Haves? U.S. Citizens who can live without fear of deportation.

The Have-nots? Undocumented immigrants who can be taken away at any moment.

On the day that the President announced the Deferred Action for Childhood Arrivals Executive Action, or DACA, the community of undocumented immigrants, 11 million strong, was split again.

The Haves now included DREAMers. Some of them were afforded the right to live without fear of deportation.

The Have-nots? Their parents, most of whom could be taken away at any moment.

This latest round has been even more divisive. All of us who know and love someone who would become a Have if the Supreme Court upholds the President’s most recent executive actions will also be calling the Have-nots of our lives to console them on that day.

Yes, the new reality of fear and division that we live in is due to Republican intransigence. The GOP had no reason to block comprehensive immigration reform in 2013. But more troubling for Democrats, especially in an election year, is that this immigration reality was created by President Obama.

At the start of his administration, President Obama thought that if he put more money into border enforcement, interior enforcement, deportations and internment, he would neutralize Republicans’ main talking point against a legislative and permanent solution to our nation’s inhumane immigration system. He thought by doing so, Republicans would come to the table. He was wrong. In 2016, not only is the President facing his immigration legacy, so are the Democrats running for president.

President Obama’s immigration policies left many scars. Among them: over 2 million families were torn apart, the largest immigrant detention network in the world and most recently, mother and infant refugees from drug wars being targeted for deportation in night raids during Christmas time.

Obama’s legacy is one of failed promises and of inflicting deep pain on the immigrant community. The Democratic candidates for president who need the “Obama coalition” will need to reject Obama’s immigration legacy in order to attract Latino and immigration voters. Last night during the Democratic debate in Miami, Hillary Clinton distanced herself from Obama’s deportation policy, joining Bernie Sanders, who has been a vocal critic for a while now.

So what do Democrats do?

They’re used to saying they’ll build on Obama’s progress but can’t use that line in the context of a failed immigration policy. Traditionally, candidates try to tactically insert comprehensive immigration reform as a wedge issue with Republicans to turn out Latino and immigrant voters.

However, saying “I promise to pass comprehensive immigration reform with a path to citizenship” won’t work in 2016 because that line was irreparably made hollow by the President.

The immigration wedge issue has gone from promising to pass comprehensive immigration reform to promising to protect our families. What is at stake: how many people will candidates promise to deport or spare? It’s no wonder that both Secretary Clinton and Senator Sanders told Univision’s Jorge Ramos last night that deporting children is not an option.

On the Republican side, the answer is simple: all undocumented individuals will be deported. The Republicans’ number is 11 million.

On the Democratic side, because of Martin O’Malley’s record as well as his continued engagement on this issue, the Democratic contenders can no longer rely on just supporting comprehensive immigration reform and are being forced to answer questions they never thought they’d face. How many people will be included in additional and immediate executive actions? Will they be allowed to participate in the Affordable Care Act? And what about refugees? And of detention centers?

It’s clear from how this race began that both Secretary Clinton and Senator Sanders thought they’d be able to tout their past anti-immigrant positions to appease anti-immigrant voters, say “I believe in comprehensive immigration reform” to appease the Obama base and then just move on. But O’Malley led with the most progressive immigration platform this country has ever seen.

Taking into consideration the situation he’d inherit as president, O’Malley’s immigration plan turned the president’s logic on its head. O’Malley started with this very clear concept: protect the greatest number of people right now. The list of executive actions that he promised to take was informed by the voices of the invisible as well as well as the input of professional, long-term immigrant rights’ advocates.

O’Malley set the bar high. As he campaigned on immigration everywhere he went, his platform was improved by those he met who shared their harrowing stories of suffering our inhumane immigration laws daily. As a result, his voice grew in substance and dimension.

At first it seemed neither Clinton nor Sanders were going to change their course. While most journalists failed to cover their anti-immigrant nods, and excused their behavior as a “general election strategy,” and while activists grappled with uplifting an unlikely victor, Clinton and Sanders did and said what they’ve always done and said.

Secretary Clinton famously went to New Hampshire and answered an ill-informed question about controlling “illegals” by boasting her support of a barrier to keep “illegal” immigrants out. Senator Sanders gave staunch interviews on his belief that low-skilled immigrants flood our labor force and take Americans’ jobs. Most importantly, neither looked to unveil an actual immigration plan .

But late last year, under the advisement of people who recognize that our community needs immediate relief, Sanders largely adopted O’Malley’s immigration proposal. Sanders’ rich vs. poor paradigm had been successfully amended to acknowledge those that had never really factored into it before: Latinos. Sanders proposed yet another inclusive, detailed and progressive immigration platform, the likes of which this country had never seen.

In contrast, Clinton dug her heels into her vague positions. When asked who she would protect from deportation, she reiterates that she’ll go “further” than the President but won’t say what that means. Her campaign surrogates even called the list of executive actions that both O’Malley and Sanders proposed —a platform widely agreed upon by a broad range of policy and opinion leaders, lawyers and advocates— as “lofty” and “unrealistic.”

In fact, the only concrete measures Clinton has proposed are her new rejection of private prisons (after being protested), her removal of the 3- and 10-year bars (after Sanders forgot to mention it from his own plan) and a clarification of her initial 2014 comments that she would send Central America children back to violent conditions (after she was forced to answer to O’Malley’s leadership on this issue).

So far, the only candidate left in this race that has put forth an audacious, humane and substantive immigration policy is Senator Sanders.

In 2016, it won’t be enough for Democrats to motivate Latino voters by pointing to the racism and xenophobia dominating the Republican Party or by saying they believe in comprehensive immigration reform while Republicans don’t. In 2016, Democrats will not only have to outline precisely who they will immediately protect from deportation, but also convince Latinos to trust them and their party on their word.

Gabriela Domenzain was the Deputy Campaign Manager for Martin O’Malley’s presidential bid. During the 2012 election, she was the National Director of Hispanic Press for the Barack Obama campaign. She was also the Communications Director for Congressional Hispanic Caucus and Founding Producer for Univision’s AL PUNTO news show. She tweets from @GabiDomenzain.