America Is Undemocratic While Puerto Rico Remains a Colony (OPINION) 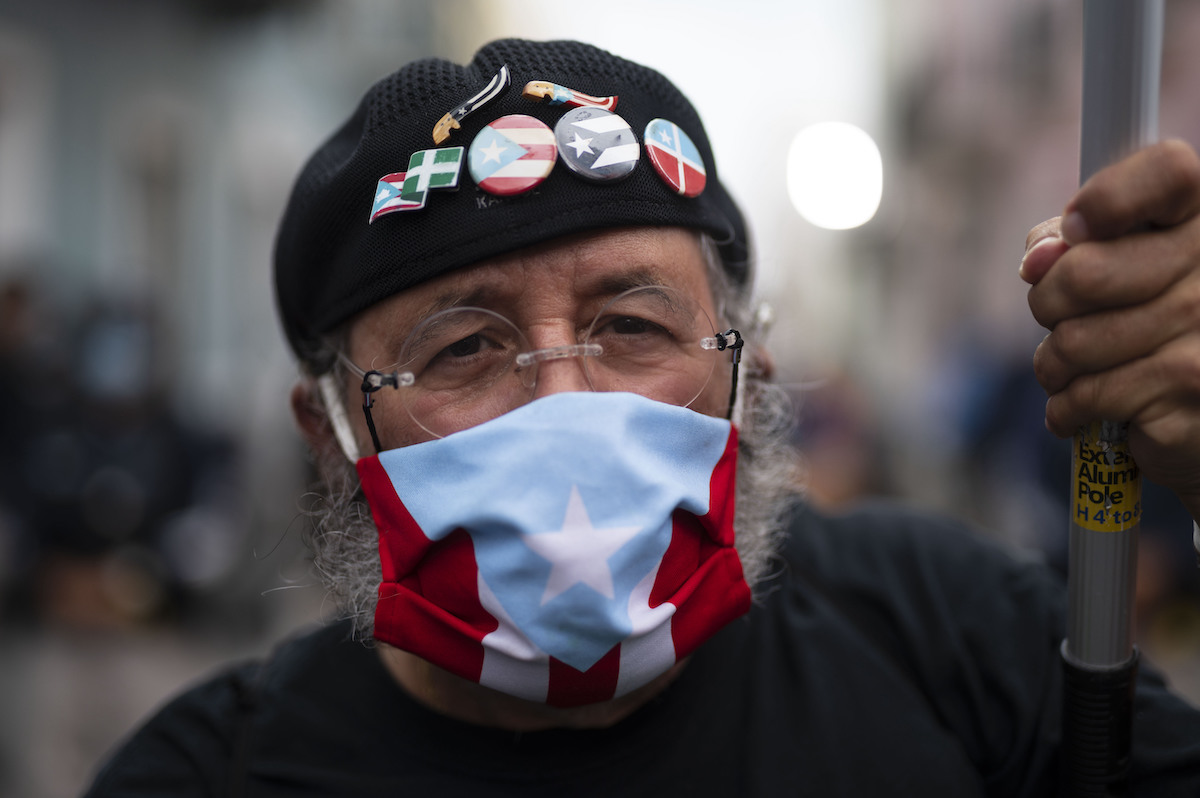 On March 1, when President Biden delivers his State of the Union address, he may very well sound the alarm about an American democracy that bears the scars of last year’s January 6 insurrection and of ongoing efforts to pass restrictive election laws around the country. He will likely lament Congress’ failure to pass a voting rights bill and make an impassioned plea for renewed efforts to safeguard that democracy. But here’s one thing he surely won’t do: remind Americans that the U.S. owns colonies like Puerto Rico and, so long as it does, the United States can hardly call itself a democracy.

That word —colony— strikes many Americans as hyperbolic, but it’s accurate. While Puerto Ricans have some measure of self-government, the Constitution affords Congress plenary power over Puerto Rico. The infamously racist Insular Cases, which remain the law of the land, define Puerto Rico as “a territory appurtenant and belonging to the United States, but not a part of the United States.”

In recent years, the Supreme Court has reaffirmed Puerto Rico’s legal and political status quo on multiple occasions, most directly in a 2016 case which held that, when it comes to Puerto Rico, “the ultimate source of authority is Congress.”

That same year, Congress used its authority to pass PROMESA, which established a U.S.- appointed financial control board to oversee the island’s bankruptcy process. Congress gave that board, which has no Puerto Rican members, the power to veto laws passed by the Puerto Rican legislature. Insofar as the board succeeded in negotiating a debt deal, it did so on the backs of teachers and other public servants who have taken to the streets by the thousands to protest frozen pensions and other crippling austerity measures.

Twenty-first-century colonialism in Puerto Rico may look different than it did for other nations in centuries past, but it is colonialism nonetheless. Puerto Ricans —by which I mean those who reside on the island, not the millions who live in the U.S.— have no voting representation in Congress, the legislative body that passed PROMESA. They cannot vote in presidential elections, though it’s the U.S. president who signed the law.

Many Puerto Ricans believe that the solution to this undemocratic condition is statehood. Many others, like myself, disagree and see statehood as the ultimate victory of colonialism: the United States permanently annexing the nation it invaded in 1898 for the purposes of imperial expansion. Despite decades of political repression from the federal government and local leaders, and more than a century of U.S. rule that has fostered economic underdevelopment and dependence, there is a growing movement for Puerto Rican sovereignty.

The fact that Puerto Ricans are divided on this issue has been a ready-made excuse for the inaction of U.S. leaders for decades. Why or how, the thinking still goes, should Americans do anything about it when Puerto Ricans can’t make up their minds? The division does not reflect mere indecisiveness, but is the product of a long and troubled history that has led some Puerto Ricans to reject the country that colonized us, some to embrace it, and has convinced still others that we can’t possibly live without it.

Yes, Puerto Ricans must decide their own political future. But this 124-year-old quagmire is the product of U.S. rule, and they cannot resolve it alone, much less while opposed. The United States has not only a legal and political obligation to decolonize Puerto Rico, but a moral duty as well. And whatever our differences, both pro-statehood and pro-independence Puerto Ricans agree that the U.S. continues to shamefully abdicate those responsibilities.

Turning a blind eye to Puerto Rico’s political status might be the only bipartisan position left in Washington. Republicans fervently oppose statehood —Senate Minority Leader Mitch McConnell (R-KY) has called it “full-bore socialism“— and otherwise ignore the issue entirely. President Biden, who once said that he supported statehood, convened a Puerto Rico Task Force that immediately declared it would avoid the status debate.

Senate Majority Leader Chuck Schumer (D-NY) all but promised statehood for Puerto Rico ahead of the 2020 presidential election, only to reverse course weeks afterward. Months later, House Speaker Nancy Pelosi (D-CA) said it was “up to the people of Puerto Rico to make a decision.”

Of course, Puerto Ricans have voted on this issue six times, most recently in 2020, and it is Congress that has declined to make any of those votes binding.

Right now, two bills to address Puerto Rico’s status —one that would pursue statehood, and a more inclusive self-determination bill that would consider all viable options— are stuck in the House Natural Resources Committee. No one expects either bill to pass the House, much less the Senate. And the same partisan gridlock that delays nominations or frustrates policy initiatives is also denying a nation of over three million people basic democratic rights.

The truth is painful but plain: American policymakers at every level have been neglecting, stalling, pandering to, or outright deceiving Puerto Ricans on this issue for decades. They get away with it precisely because Puerto Rico is a colony, with no meaningful ability to drive action in Congress or the White House, such as by punishing politicians at the polls for their inaction.

But U.S. leaders also get away with it because American voters who hardly have the power to move their own elected officials pay even less mind to Puerto Rico. In so doing, they tacitly support a colonial relationship that is harmful to Puerto Ricans and betrays the United States’ democratic values.

Just as the inaction of American politicians on this issue must end, so must that of the American people. Americans must reflect on and reckon with their country’s ongoing subjugation and exploitation of Puerto Rico, just as they do with other injustices from the nation’s past and present. They should seek out and engage with Puerto Ricans who have diverse views on the island’s future.

Most of all, Americans should put decolonizing Puerto Rico on their list of political priorities, demand action from their elected leaders, and do what Puerto Ricans can’t: back up those demands at the ballot box.

That’s a hard ask at a time when U.S. politics seems badly broken. But as Americans listen to the president’s address, I hope they’ll remember that the current state of the union is undemocratic, and frankly disgraceful, so long as Puerto Rico remains a colony of the United States.

Alberto C. Medina is a Puerto Rican writer, editor, and communications specialist now based in Denver, CO. He is a member of Boricuas Unidos en la Diáspora, which advocates for Puerto Rico’s self-determination and independence. Twitter: @AlbertoMedinaPR.