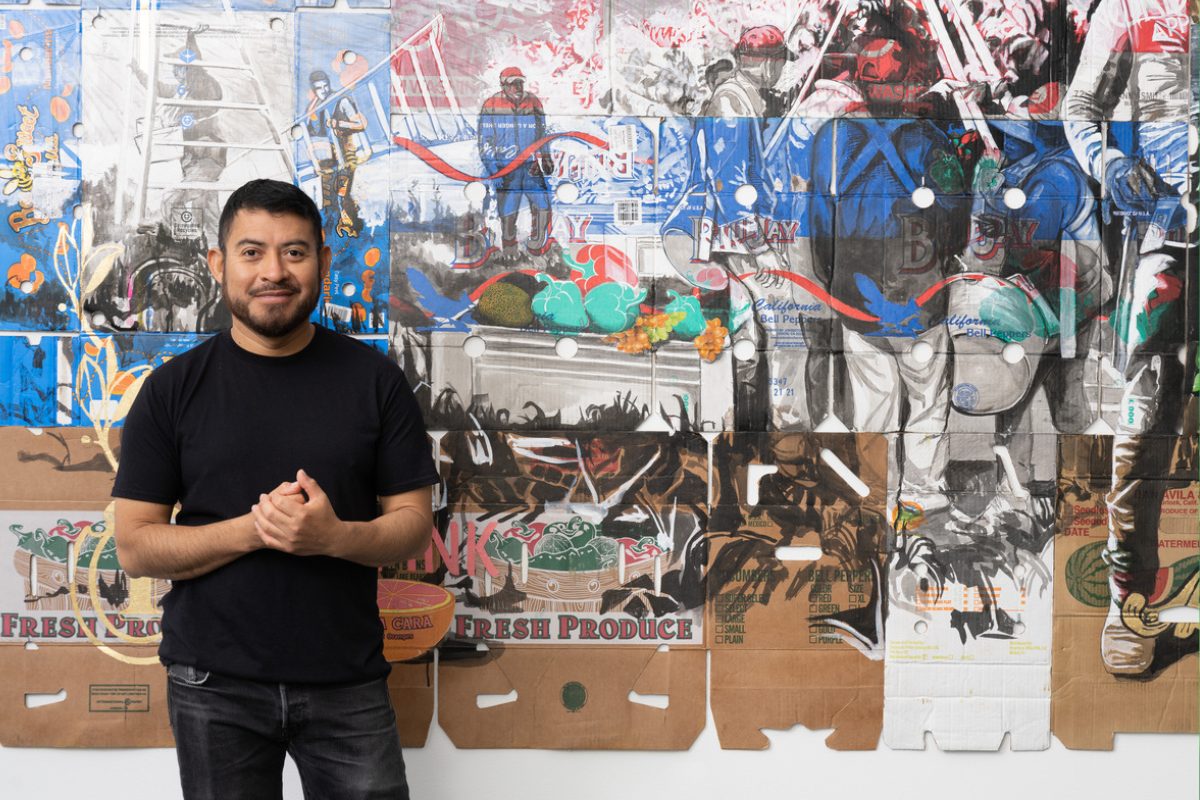 If you’re unfamiliar with the work of visual artist Narsiso Martinez, he says his studio may look like it’s full of trash. His Long Beach, California studio is lined with dozens of cardboard produce boxes and other discarded materials.

It’s on these surfaces that Narsiso draws portraits of farm workers. And for Narsiso, the topic of life and labor in the fields is personal.

Narsiso was born in a small town in Oaxaca, Mexico in 1977. He says migrant farm work was part of his hometown’s culture, where it was normal to see young people traveling to the United States for work. So when he was just 19 years old, Narsiso left Oaxaca and followed one of his brothers to Los Angeles.

“The first thing I wanted to do was to learn the language. I was like, I want to learn English. I want to know what the songs are about and the movies,” he says.

For a few years he worked a number of jobs: changing tires at a mechanic shop, unloading trucks at a plastic warehouse, and at night, he went to school. Narsiso earned his GED and then enrolled in community college, where he took his first art history class.

Narsiso remembers falling in love with the work of Vincent Van Gogh, particularly with his depictions of farm workers, and how those depictions inspired him to study art. “I think that those images took me back (to) when I was in Mexico,” he says. “Maybe it was the nostalgia that I felt for my family that I left when I came. I don’t know what it was, but I was like, you know, I think I am just gonna study art.”

In order to afford art school, Narsiso joined some family members who worked picking fruit in the orchards of Washington state. Narsiso would work during the summers, save all of his paychecks, and return to school in the fall.

In this episode, Narsiso takes us through his solo exhibition titled “Reimagining Essential” at the Museum of Latin American Art in Long Beach, California. We hear the stories behind the materials he uses and the realities he depicts.

One response to “Narsiso Martinez: Depicting Farmwork in Art (A Latino USA Podcast)”