Of Book Reports and Border Walls 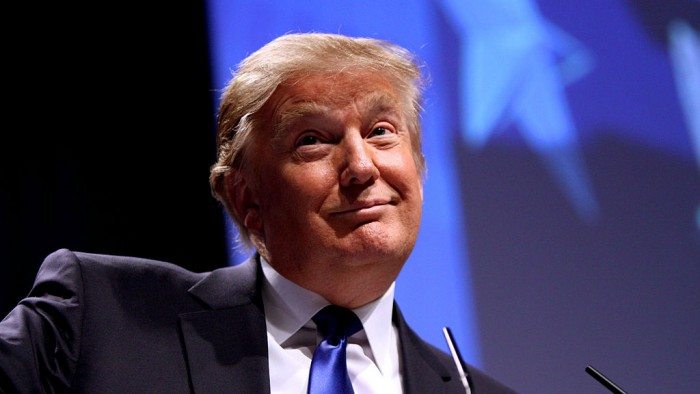 This election will come to an end on November 8, 2016. It has proved one of the most shocking in recent history. Donald Trump’s probable loss means the end of his campaign, but sadly it does not mean the end to the forces he has unleashed. Trump’s presidential run leaves us with many gasps, jokes and hashtags. While some are funny and some are much more sinister, there is a deeply troubling connection between his Trump’s border wall and his satirized book reports.

Trump ran a campaign deriding Latinos (and in particular, Mexican and Mexican-Americans) from the beginning. He announced his presidency with a dire warning about Mexicans being criminals and rapists. He promised to build a wall and make Mexico pay. He shouted down Jorge Ramos, yelling at him to “go back to Univision.” After being kicked out, Ramos was accosted by a Trump supporter who told him to “get out of my country.” Trump later claimed that a Mexican-American judge, Gonzalo Curiel, was biased against him because Trump wanted to build a wall. His Phoenix, Arizona speech on immigration doubled down on his anti-Mexican rhetoric, causing the disintegration of his Hispanic Advisory Council.

Yet, Trump did not want to erase Latinos from the American landscape. Trumpism could not have succeeded with Latino invisibility. Trump depended on pulling Latinos out of the shadows and shining a light on them. Only then, in plain sight, could they be seen for what they really were, according to him. He wanted to make Latinos visible only through the lens of criminality and violence. Once they were seen this way, they couldn’t be part of the nation; they needed to be removed. While some tried to make bad jokes of his promised border wall and deportation plans, Trump’s actual policies were terrifying.

After the final presidential debate, Antonio French, a St. Louis alderman, began a hashtag that went viral (#TrumpBookReports). He compared Trump’s debate performance to an unprepared teenager giving a high school book report on the The Grapes of Wrath.

Trump’s foreign policy answers sound like a book report from a teenager who hasn’t read the book. “Oh, the grapes! They had so much wrath!”

The smart tweets mined the American and English literary cannons for comedic gold. A mass of well-read Twitter users used their knowledge to criticize Trump. Much of the sardonicism of the tweets highlighted the growing educational divide in American society, but they also revealed the limitations of this shared literary canon.

In all the tweets, there were few if any references made to works by American authors of color, let alone U.S. Latino authors.

For years, scholars and activists have claimed that the literary canon needed to be re-made, and in some cases torn asunder. This has yet to occur. The pillars of the American letters still stand. Occasionally, a few books are added to reading lists: A House on Mango Street, The Invisible Man, A Raisin in the Sun. Sadly though, these works are few and far between, treated as peculiar perspectives in comparison to the primary point of view.

This collection of shared books is important because it is a shared body of knowledge. It helps create the connections between our stories and other peoples’ life stories. These stories tell us whose childhoods are notable, whose love stories are epic and romantic, whose lives are worth mentioning—then tell us whose children, whose love, and whose lives matter. The stories we tell and the stories we read shape the contours of our compassion. They grow the imagination for our imagined communities. They impact how we see ourselves and who we recognize ourselves in. It matters whose stories get told, because it means that in our collective consciousness those lives are meaningful.

The connections between abridged book reports and concrete border walls are much more closely linked than we’d like to admit. They are linked to our imaginative connections and empathetic closures. Our shared narrative imagination informs our nation’s sense of who gets to perform and whose presence is important on the national stage. These collected stories give us a glimpse into the words, thoughts, and feelings of the people who make up this nation. Trumpism was successful because it was built upon stories that were told long ago—about who mattered, who made the nation, and what the nation was. To use only those old stories today does not make sense. The cast has changed, the performers are polyglot, and their narratives are a pastiche, not a single story.