Breaking Down the Latino Vote in 2022 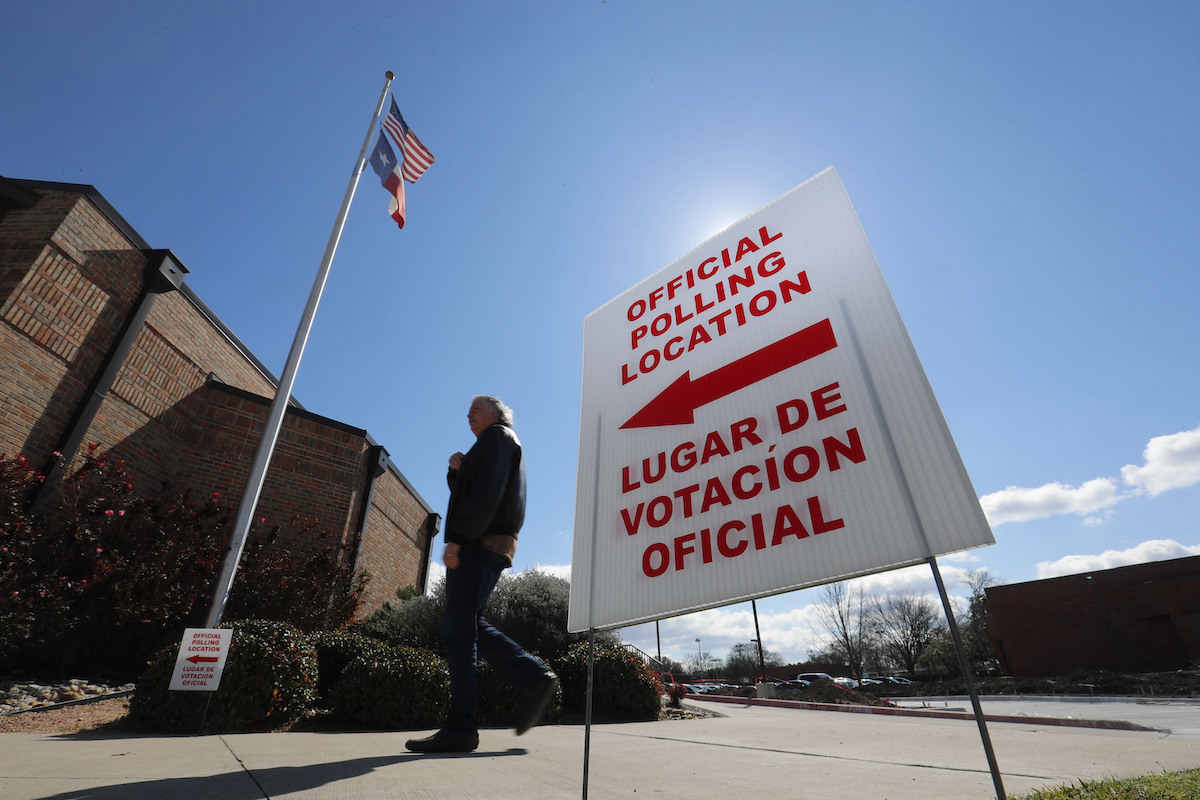 With a “historic” surge in the 2022 midterm elections, Latino voters were key to winning key races for Democrats and Republicans, exit polls and experts say.

While Latinos do not vote as a monolith, the majority of Latino voters tend to vote progressively outside of Florida and are mainly concerned with issues impacting their ability to live comfortably. Latino voters followed historical trends, two-thirds voting Democrat while one-third voted Republican.

A portion of the 2022 Midterm Election Poll surveyed 5,200 Latino voters between October 26 and November 7 through a mix of online and telephone interviews in both Spanish and English. Respondents were later matched to 2022 voter files.

Despite reporting high levels of worry, Latino voters also expressed hopefulness for the future as their main emotion as they cast ballots in the 2022 elections, in contrast with the 2018 election, where anger was the emotional backdrop at the ballot box.

Latino voters were generally supportive of the Biden administration’s policies but remain extremely worried about inflation and the rising cost of living. Pre-election myths about frustration leading to a seismic Latino shift towards the right were ultimately wrong.

“Latinos spoke for themselves, saying no to MAGA extremism, and casting decisive votes for candidates who ran on policies like a path to citizenship for DREAMers, farmworkers, and undocumented essential workers,” said Sergio Gonzales, executive director of the Immigration Hub.

Florida is the only exception, where many Latinos did indeed move right, but the Sunshine State is not indicative of national Latino voter trends.

“In Florida we saw a majority of Latinos voting Republican —similar to cycles years back— and a reminder of the diversity of the Latino electorate and the importance of outreach,” said Gabriel R. Sanchez, vice president of research for BSP Research.

Based on historical midterm election trends, Republicans should have won races nationwide by large margins. But Latino voters say that the GOP is radically out of step with them on several key issues.

Abortion was the second largest issue for Latino voters overall. Eight out of 10 Latinos believe abortion should remain legal, regardless of their own personal beliefs.

Latino voters are calling on Congress for a permanent fix to Deferred Action for Childhood Arrivals (DACA) and offer a path toward citizenship for DREAMERs immediately after the elections. Seventy-one percent of Latino voters believe that immigration policy should focus on a healthy, growing economy with a humane and functional immigration system that removes unnecessary barriers for hardworking immigrants while also ensuring a safe border.

Climate change, often seen as something Latinos do not care about, is a top issue as well, with 68 percent saying it is an urgent problem that must be addressed now by investing in clean energy and cutting pollution. Comparatively, 21 percent said the climate crisis could be addressed later, and only 11 percent said the issue was overblown and did not need government action.

“Latinos understand how climate change is increasingly impacting their lives and the urgency needed to address this crisis. At the same time, they see hope in climate action led by Democrats,” said Antonieta Cadiz, managing director for Latino engagement at Climate Power.

A large portion of the Latino electorate, 70 percent, worries about right-wing extremism, which overwhelmingly impacts communities of color. Many repudiated elected officials who remained silent against white nationalists and extremists promoting hate against immigrants and minorities.

“With over 34 million eligible voters, Latinos will continue to be a critical factor in national elections. Nowhere is this power most felt than in the state of California, where several competitive congressional districts were at play,” noted Jacqueline Martinez Garcel, CEO of the Latino Community Foundation.

Nationwide, 49 percent of Latinos said they had not been contacted by a political party or campaign, showing low voter engagement and activation from both sides of the aisle.

Experts say the remedy is engaging Latinos earlier, stronger, and crafting a resounding economic message for Democrats. On the other hand, Republicans must realize that much of their rhetoric does not align with Latino voters.

A large share of Latinos are also new voters, 11 percent nationwide, and require investment from political parties if they want to be swayed to either side.

Latino influence in the 2022 election has led to the most Latinos elected to Congress, including 10 new faces in the House of Representatives, such as the first Gen-Zer, Maxwell Alejandro Frost (FL-10), and the Midwest’s first Latina congresswoman, Delia Ramirez (IL-03).

Latino voters were the key to victory in several important Senate races in Arizona, Pennsylvania, and Nevada, which led to Democrats keeping control of the Senate, and Latino voters will be critical in the Georgia runoff election on December 6.

The 2022 Midterm Election Poll surveyed more than 12,200 Americans who voted in the 2022 midterm elections, providing detailed results for each racial and ethnic group in the country. It provides results for African American and Latino voters in 11 battleground states.